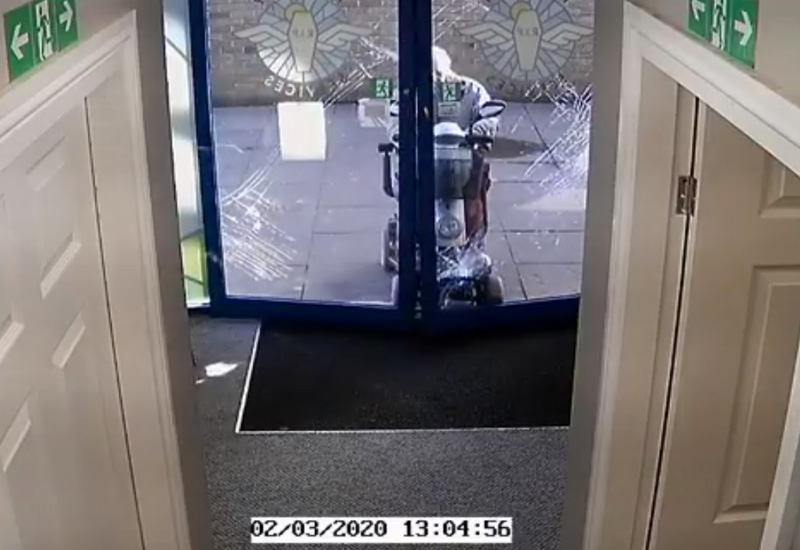 A man on a mobility scooter has smashed into the doors of a local funeral directors in Hull.

Footage shows the man drive up to the store and smash into the glass doors at the entrance.

According to a report from Hull Live, the accident caused over £2,000 worth of damage.

Managing director of Heavenly Services, Simon Woolston, released the footage on Facebook which can be seen here:

The footage shows the man coming back and apologising to security guards.

The man reportedly left his number but the firm has discovered it was the wrong one.

It is hoped that by releasing the footage, Heavenly Services will be able to get in touch with the man because insurance would not pay out.

Speaking to Hull Live, Woolston said: “It needs brand new doors. It comes out about £2,200. They are sliding doors. I just can’t believe it. Sophie who works in there was absolutely shocked.

“He drove away and then he came back. He hung around and spoke to the security guard. “I think he’s left his wrong number because he was a little bit shook up. He said his insurance will cover it.”