BusinessEquipment by Alex Douglas on September 16, 2020 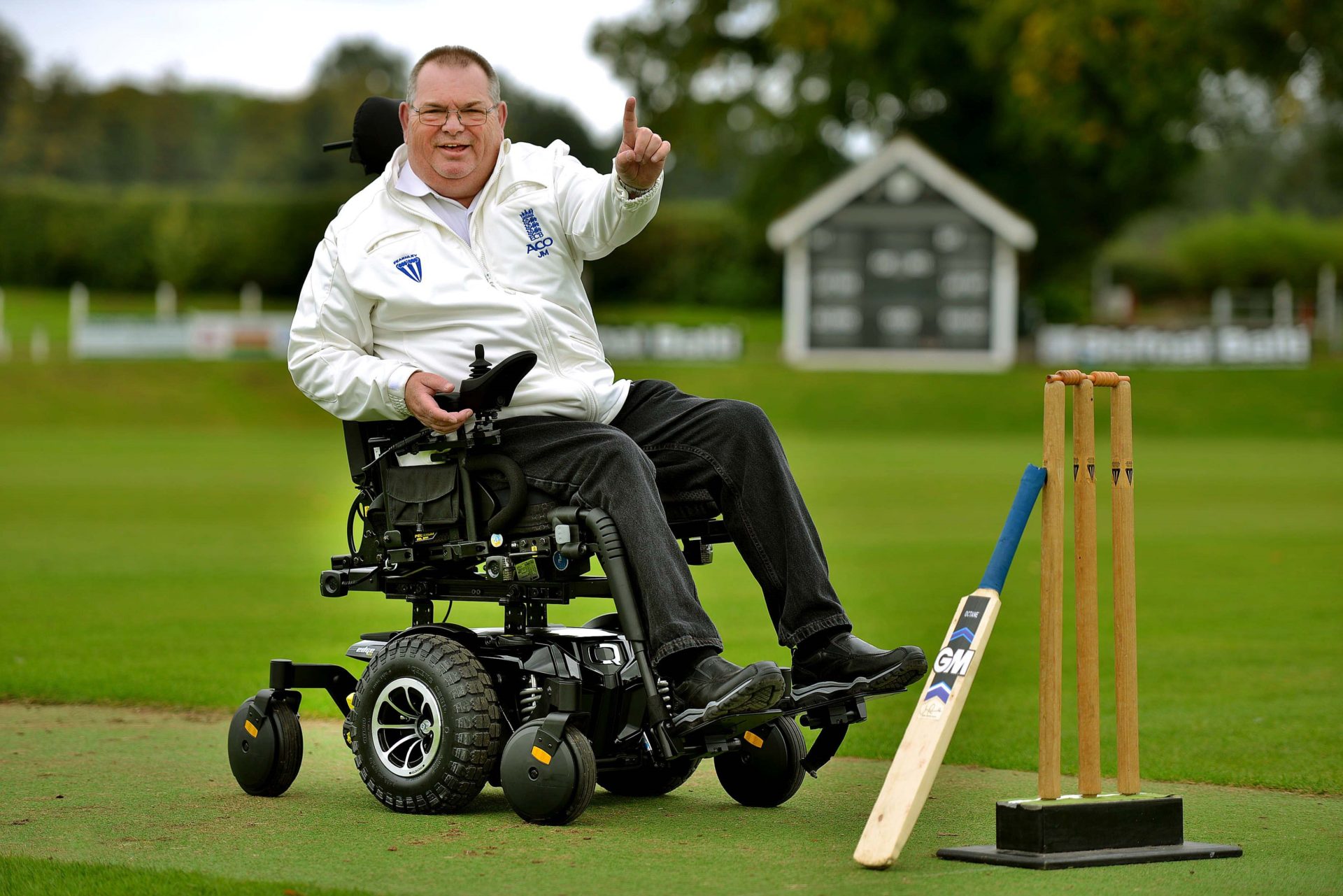 Cricket umpire and Motability customer John McIntear has raised over £12,000 to buy a powered wheelchair after he was diagnosed with terminal cancer to enable him to continue participating in his beloved sport.

When John could no longer play the game he loves due to a shoulder injury a number of years ago he became an umpire.

Then when John was diagnosed with terminal cancer in June 2018 he decided he would carry on umpiring using a powered wheelchair.

He explained: “I could have walked round the boundary for the rest of my life but I wanted to be in the centre of things.”

He raised £12,500 to buy the wheelchair. The remaining £8,500 was raised from his GoFundMe campaign, some of it coming from the Royal British Legion as John formerly served in the Royal Navy. The rest of the money was raised via local publicity in press and radio.

It took just over six months to raise what he needed thanks to his inspiring campaign which caught the imagination of everyone who saw it.

He continued: “I’d seen individuals using powered wheelchairs and that’s what made me think I could use one to umpire. I thought, what stops me doing that? And nobody ever said to me, ‘You can’t do that!’ So I set about raising the money.”

McIntear has a Wheelchair Accessible Vehicle through the Motability Scheme.

Motability, the Charity, donated £4,000 to cover all the adaptations needed for his Ford Independence Wheelchair Access Vehicle.

This covered the cost of putting in a ramp and two electronic steps on the driver’s and passenger side.

“The person at the Motability Scheme that I dealt with throughout my campaign was absolutely fantastic. I’ve never met such an empathetic person in my life. She was so switched on,” he continued.

“Obviously it was a huge shock when I was diagnosed with cancer, not just for me but my whole family. I have lot of friends within the local cricket community here in Shropshire and they all supported my determination to carry on with cricket.

“I am unable to stand for long periods of time but mentally I am still able to manage a cricket match. So utilising my skills to umpire made complete sense. It was just a case of working out a way for me to do it.”

Furlough scheme has “done what it was designed to do,” Sunak says