LeadersPeopleSuppliers by Joe Peskett on November 9, 2017 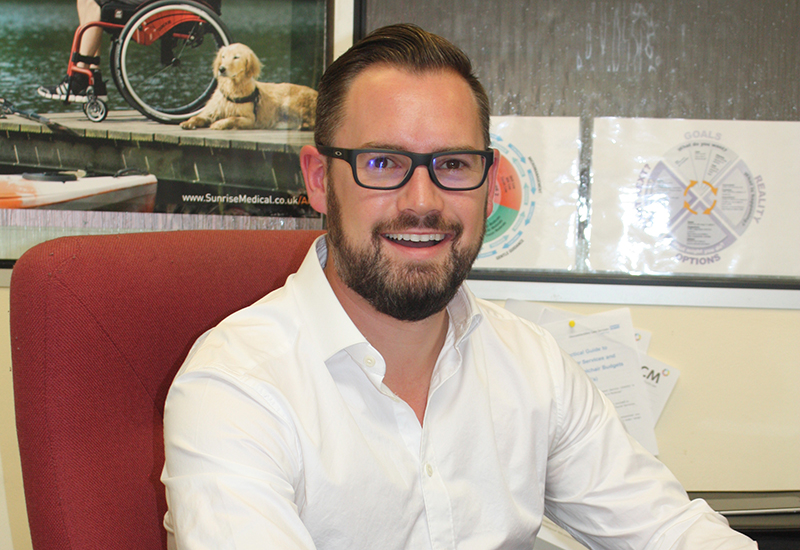 From the outside, the UK mobility equipment market might not look like the sort of sector conducive to allowing young talent to thrive. But increasingly companies are realising the benefits of investing in youth to secure their future.

One of those to have risen up the industry corporate ladder in a short space of time is Ryan Hirst, marketing manager of Sunrise Medical. AMP caught up with him at the firm’s West Midlands headquarters to chat about occupying a senior position at the age of 30 and the challenges he has faced along the way.

With a father and brother in the military, one might have expected a life in the Armed Forces to beckon for Ryan Hirst. But the 30-year-old marketing manager of Sunrise Medical knew from an early age that it was always going to be a shirt and tie rather than a camouflage uniform that he would be donning for work each day.

“Growing up I was always interested in business,” he recalls. “One of my uncles used to be the managing director of a golf company in Europe. He was the MD for Europe and I always remember looking up to him.”

Hirst’s journey to the mobility equipment industry has perhaps not been the most conventional one but there is no doubt that the experiences gained from his early roles have left him suitably prepared to take on the job of running Sunrise Medical’s marketing operations in the UK.

After deciding that university wasn’t for him, Hirst got into sales straight from college, working for a company selling overseas property before moving into recruitment. It was this step onto the second rung of the ladder that really stoked the fire inside him.

“Recruitment was really interesting for me because I was recruiting purely for Linux and Unix data administrators and I managed to portion out a section for myself within high performance computing — guys that were setting up data farms for the likes of McLaren and Red Bull to run all their analysis, and some of the banks before they went through their troubles.

“You can take recruitment at face value but actually you are having quite a lot of detailed conversations with people, constantly looking for leads and training yourself to always be closing down on something. And I think it also teaches you to be a bit ruthless as well. It gave me a good overview of business.”

Hirst then got into product management after accepting a role with a large IT distributor based in Telford. While the job of shifting third party inks and toners in high volumes wasn’t the most glamorous, it taught him how to develop contacts, maximise sales and, most importantly, make the most of the resources at his disposal to get results.

“The company didn’t even have any marketing budget so it was all about networking throughout the business. I used to do stupid things like put all the offers of the day above the urinals, so that when the sales guys were going to the toilets it was on their minds! I just managed to get noticed doing that and within a short space of time I was looking after their motherboard segment, which was their biggest area.”

Hirst remained there for five years but with the credit crunch putting the skids on earning potential and bonus opportunities he began to seek a more fulfilling challenge. His search led him to Sunrise Medical, and it ticked all the boxes he was looking for: a company that was of a substantial size within a relatively smaller industry; a clear career progression path; and a role that was hands-on and with room for development.

The time has flown by since, which he admits is as much to do with the welcoming nature of the industry as much as anything else. “This industry is an absolute breath of fresh air compared to others,” he says. “I came into this knowing about commercial product management and how to penetrate sales teams, but I knew nothing about wheelchairs. However, the thing that really got me was the sheer volume of people that were quite willing to sit down and talk about what to them were really simple things and not make you feel stupid for doing so.”

During his first week with the company, he found himself attending a dealer product launch for the Jive wheelchair. He didn’t know a single person in the room or much about the industry but found himself sitting down for lunch with Barbara Byrom from Gerald Simonds. “We just had a really nice chat and she gave me a bit of a heads-up as to where Gerald Simonds stood, how they operated and what I could expect and all the stuff that goes around it. And that always really sticks with me because it is one of the industry’s biggest dealers and she gave somebody who was really new the time of day. That kind of set a precedent for how it continued after that.” 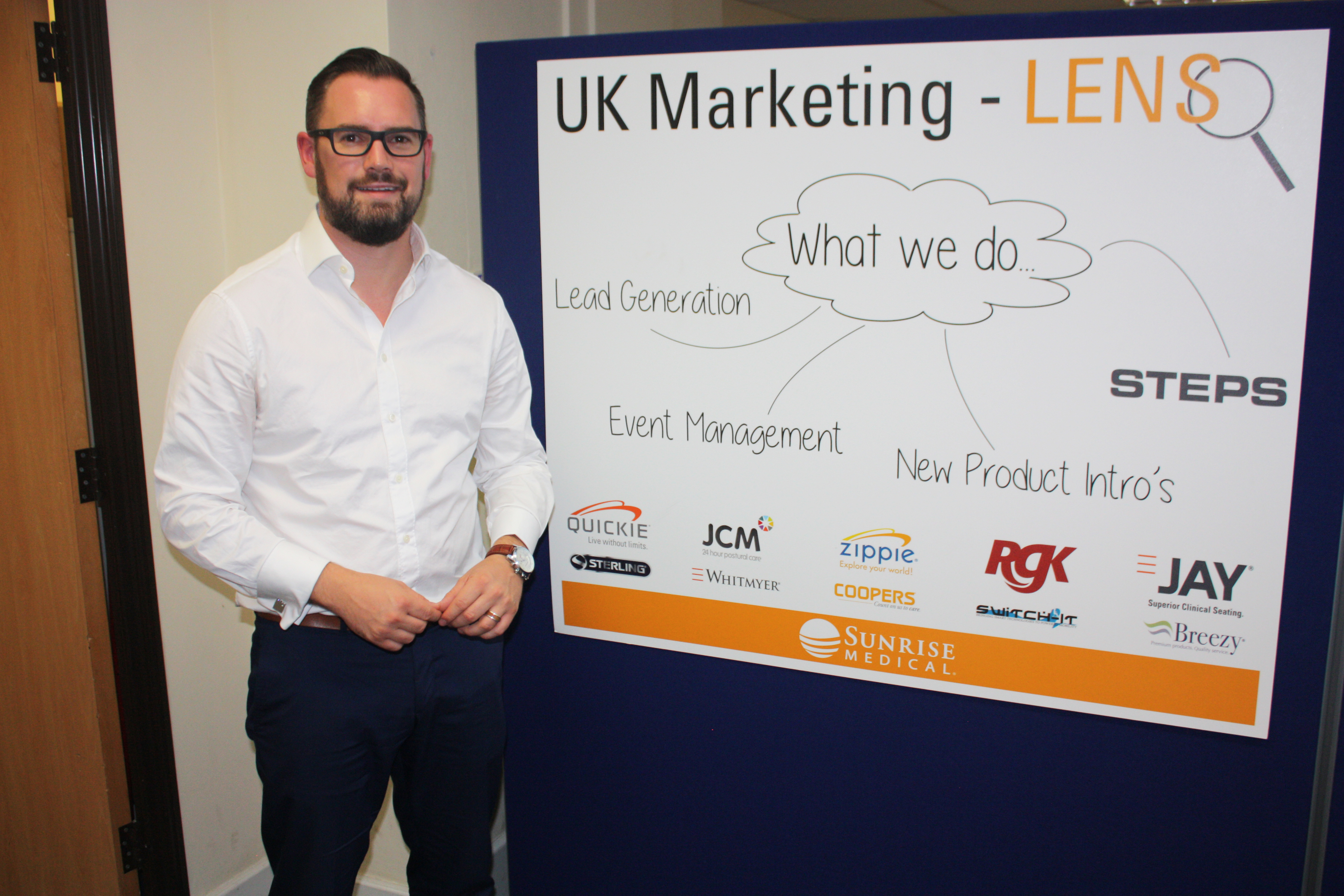 Hirst admits he was also surprised at how quickly people were prepared to listen and take on board opinions once he’d grasped an understanding of industry dynamics. “If I want to go and see a dealer tomorrow, it is not a cold call, I haven’t got to wrestle to get an appointment with anybody, and that is just so much softer than what I have been used to in the past. And I still see that now with some of the guys we have brought in from other industries. They have had the same experience as I did — people are just so easy to deal with. That is not to say that it is really easy to launch a new product and everybody takes to it straight away, but it is quite welcoming,” he says.

Sunrise is one of the largest players in the UK mobility market, with the latest accounts from Companies House showing that it made sales of £37m in its last financial year. Hirst describes the company as “very product management-led” and insists it takes as much satisfaction from developing niche solutions in areas where none were previously available as it does from shipping huge volumes of equipment through organisations such as the NHS.

“I get a massive buzz from putting an idea into place that drives a number, more so than getting somebody to sign on the dotted line”

He estimates that he has been involved in more than 20 new product launches over the last five years and from a product and marketing point of view the challenge has been to make each one better than the last.

“We have really been able to streamline that and make it slicker. We receive a lot of business coaching here as well. Everything is on a checklist, everything has got a process — it didn’t used to, we have put that in along the way. In terms of the revenue that we generate, I have seen this company double while I have been here.”

Hirst, who oversees a team of eight people, reports to Simon Collins, who heads up Sunrise’s commercial team, which comprises all of the company’s sales and customer services staff. Working with those product specialists to gain market feedback on potential new areas that it can develop products, Hirst then oversees the roll-out of those projects once they come to market. In some cases, the product will be developed exclusively for the UK and it will have a tight control of the development process from the word go; in other instances it will be driven by its main product management team in Germany. 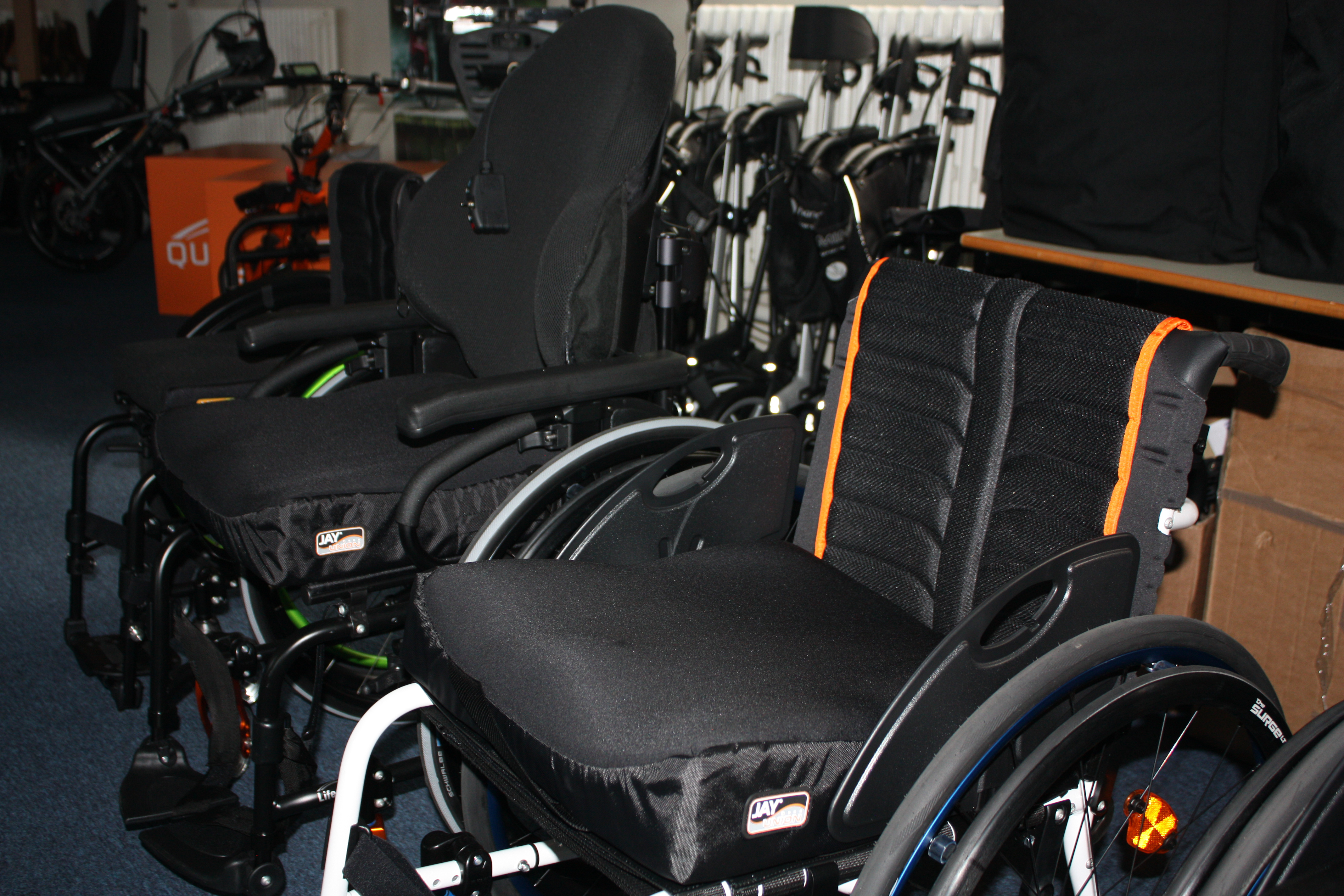 “Our job is really to put the sales story round it — why it is suitable for the market — and then sell that vision to both the NHS and our dealers.”

One of the most satisfying parts of working for Sunrise as far as Hirst is concerned is the autonomy he has been given to make things happen and pull on the resources of the company to get things done. He recalls a Naidex year when the timing of new launches didn’t sit well with the show, but returning from an event in Newcastle him and Collins came up with the idea for the Helium and Jive M Black Editions, and they ended up becoming the biggest success stories to date in terms of leads generated online.

He is also proud of his role in reworking the price point of the Jive M Hybrid to make it more accessible to customers. He realised that by modifying some of the more complex features of the chair, including the seat and base, Sunrise could reduce the overall price by £1,000. 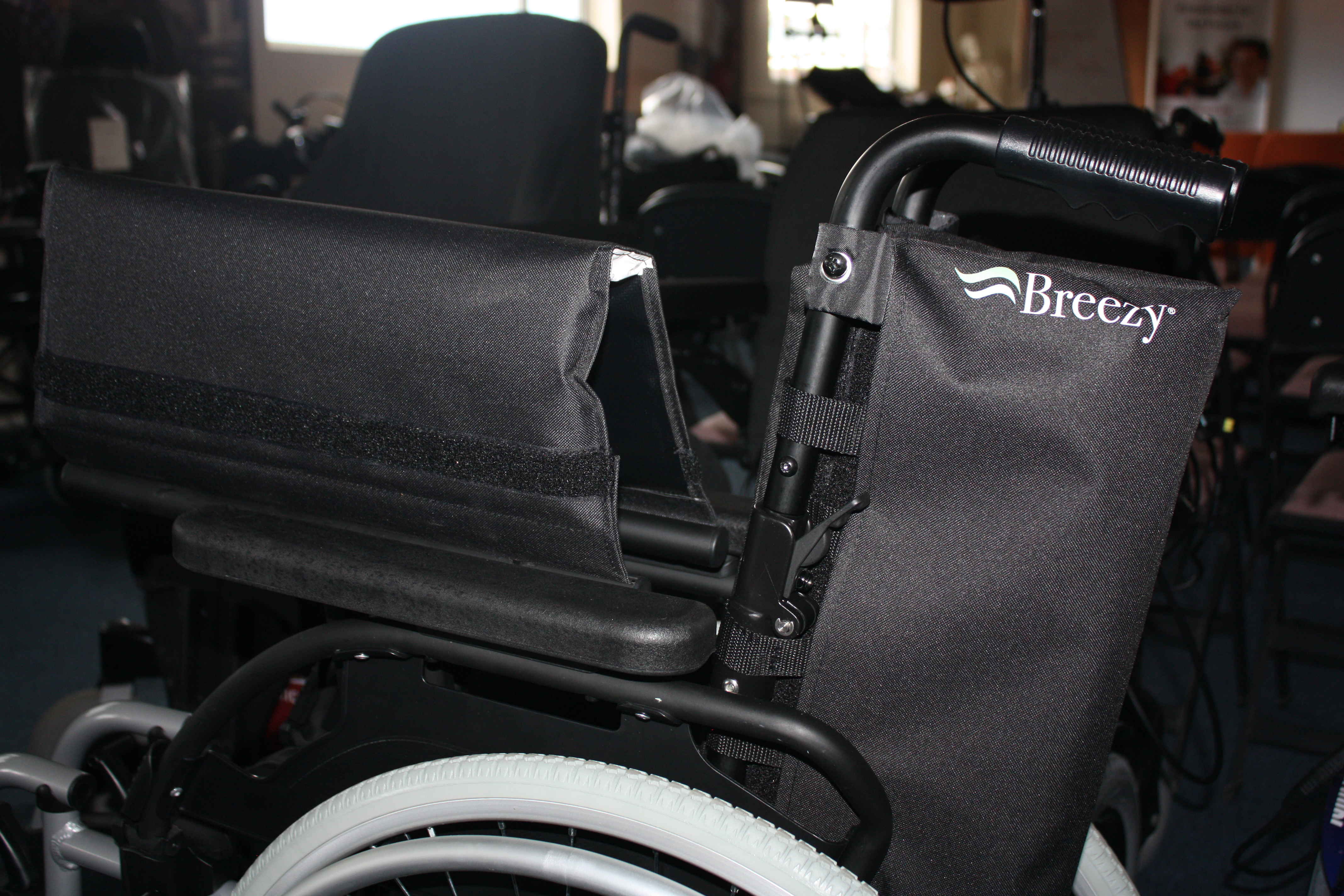 “We were tracking 40 units down on the product prior to doing that and we finished 40 units above, so we made back 80 chairs. Coming from the IT products market previously, 80 units doesn’t sound a lot, but 80 units of a £6,000 chair is a lot of money and shows how quickly something can be turned around,” says Hirst, who is currently studying for a Masters degree in Business Administration at the Open University.

For somebody who has worked his way up to a senior position at a young age, what are his views on young blood coming into the industry? Are there enough opportunities?

“I see varying levels of it,” he answers, noting that Sunrise is one of the more prominent investors in young people thanks to the formal apprentice programme that it runs. “I don’t think the industry is against younger people coming through, and I don’t think it is against fresh blood. I just think it is rare that you get it. Don’t get me wrong, I didn’t go through my early 20s looking for opportunities in the wheelchair industry or thinking this is where I would end up but I did go through the process of wanting to find a job that allowed me the autonomy to come up with good ideas and really influence sales. I get a massive buzz from putting an idea into place that drives a number, more so than getting somebody to sign on the dotted line.” 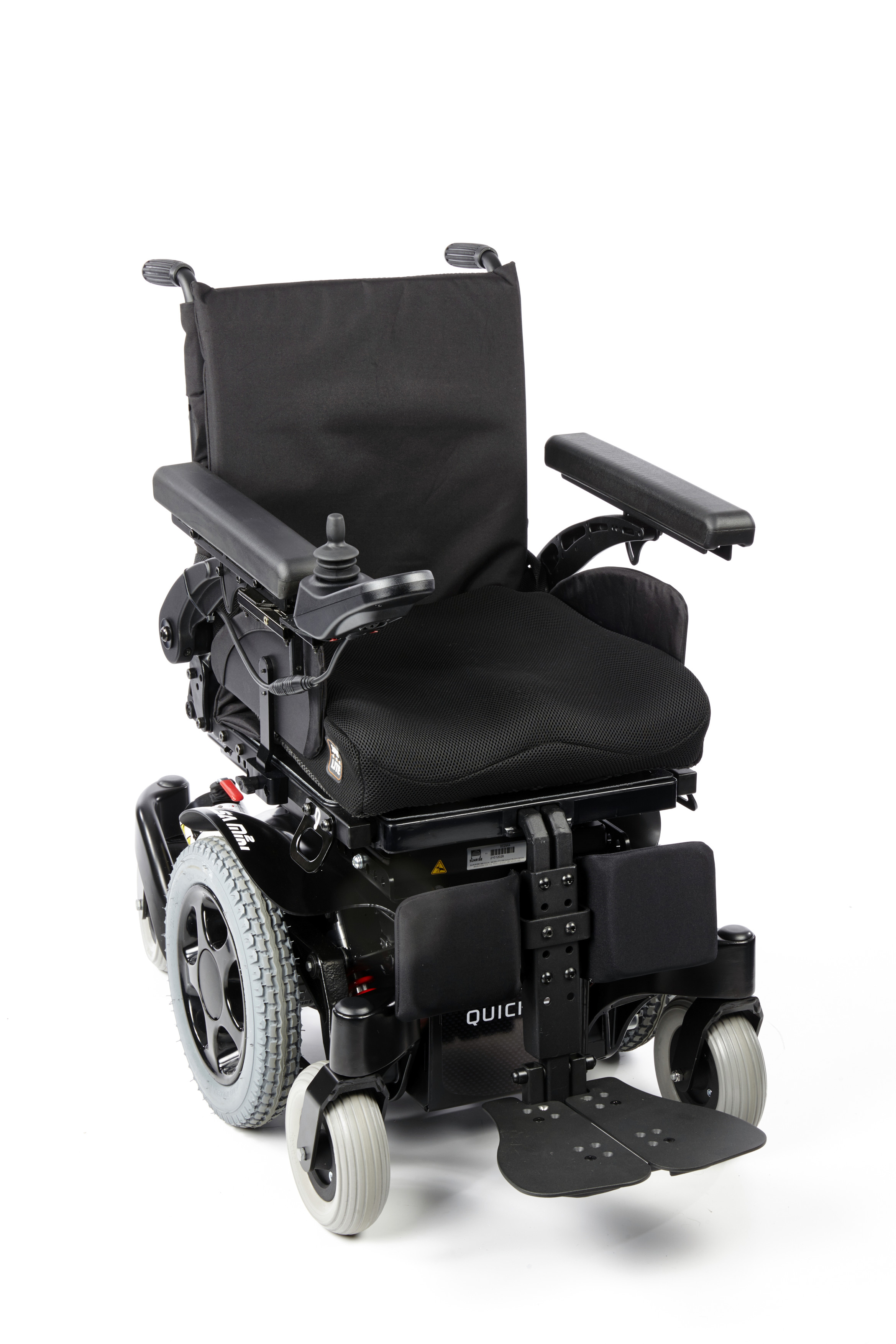 Hirst wouldn’t go as far as saying that people didn’t take him seriously because of his age when he first got into the industry, but he admits putting pressure on himself to learn as much as he could as quickly as possible. “I originally grew the beard to look a bit older but I don’t know if I needed to really. The beard has now gone grey and makes me look even older than I am!” he laughs. “We’ve got some young guys in the team now, but age is a number. What I really like are people with passion, who care about what they do and take pride in it.”

The next role he is likely to have his eye on is the European marketing position, although one day he admits he would love to emulate his uncle and run a company himself. He might not have joined the Armed Forces, but Sunrise’s marketing chief enjoys being on the frontline of business. 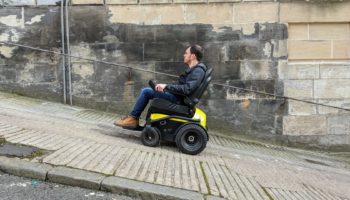 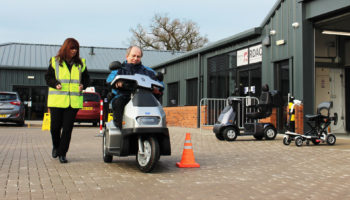 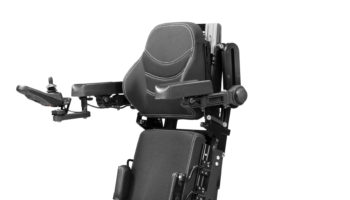 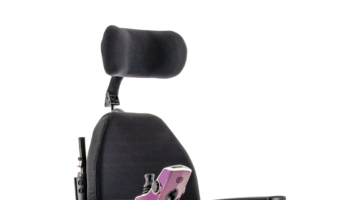