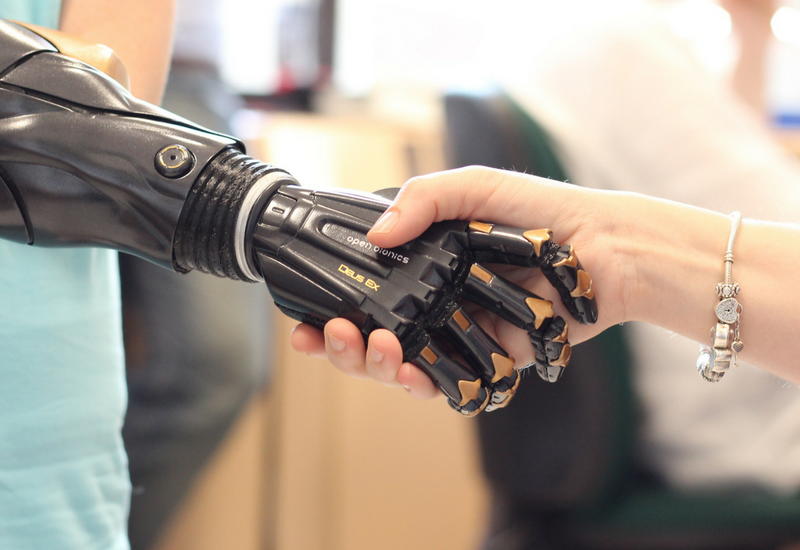 Bristol-based start-up Open Bionics capitalised on the momentum of Naidex as an opportunity to launch its first bionic arm.

The Hero Arm, a 3D-printed model, is designed to be a lightweight solution that offers users a variety of grips, which can be reconfigured.

The company is launching the product in a bid to bring affordable bionics to the market place. The newly-launched bionic arm claims to be the world’s first medically certified 3D-printed model.

The easily-cleaned model boasts a dynamic, breathable and soft socket as well as a long battery life while weighing less than 1kg.

Samantha Payne, Open Bionic’s co-founder, told Access and Mobility Professional: “It’s a huge crowd of people with limb differences and people that understand the product and understand the community and it’s really supportive and so it seemed like a really good time to do it.”

The company has also formed partnerships with Disney and Marvel to produce its 3D-printed Hero Arm for children. Payne added that Open Bionic’s Hero Arm is not available in skin tones, it instead takes its inspiration from sci-fi and comes in a variety of colour variations.

The custom-built bionic limb, which can lift up to 8kg, can also be fitted with light sabres and Iron Man’s illuminating palm disk.

The Hero Arm is priced at approximately £5,000 when accessed through the NHS, and prices scale upwardly when accessed privately due to the customisation process.

The company, which was co-founded by Payne and Joel Gibbard, in 2014 and has since been award Wired’s Social Innovation Award and secured the $1m UAE AI & Robotics International Award for Good.