Battling for DFG tenders against other retailers and the complicated grant application process can limit the opportunities for dealers looking to secure business through grants.

Chris Butroid of Obam Stairlifts is pioneering a new scheme in the Lincolnshire area that is designed to speed up the DFG application process for customers and make it easier to manage.

Chris understands the need for new initiatives to drive business in what is an increasingly competitive retail landscape. The new scheme he has developed sees the retailer team up with its local council, which has granted it with exclusivity when it comes to DFG contracts.

Now customers are only assessed by one firm and deal with one point of contact, speeding up the process. Chris insists, though, that this new method does not mean a poor deal for clients. “As an independent company, Obam isn’t tied to just one brand of equipment.

This allows the team to assess not only the person who will be using the equipment, but also the space in which the kit will be used,” he says. Chris and his team could be paving the way for a new approach to DFGs for mobility retailers and while opponents may argue it’s bad news for those companies excluded from council contracts, you can’t deny that this streamlined approach should drive up standards. 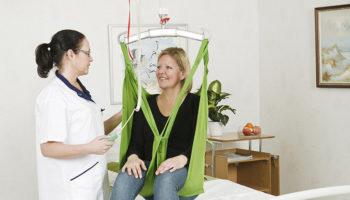 One week left to nominate individuals for 2019 Power List