The two companies that carry out PIP assessments on behalf of the government have had their contracts renewed for a further two years but they have been told they must improve.

DWP recently announced it is developing in-house capacity for assessments but Atos and Capita will continue to run mainstream assessments to decide whether disabled people receive benefits to help them live independently and purchase mobility equipment.

The two firms were criticised last year after their tests were judged to be unacceptable by the government’s quality control scheme.

Data showed that the private firms failed to meet their quality standards target after over 6% of assessments were deemed “unacceptable” between July and October 2017.

Speaking in regards to the bonus structure at Atos for completing “extra” assessments, Frank Field MP said: “All three contractors insist that offering their assessors extra cash to complete more assessments each day has in no way compromised the service that claimants receive.

“But we have received thousands of accounts of shoddy, error-ridden reports that have slipped through the net.

“A claimant whose PIP report stated she walked her dog daily—despite not being able to walk nor owning a dog—is a case in point. If the contractors cannot consistently deliver quality reports under normal circumstances, how can they hope to do so under this extra pressure?

“The DWP last week put PIP contractors Atos and Capita on warning to improve, or face losing their contacts.

“Hopefully this will give them the push they need to start focusing on what really matters: delivering accurate reports and rebuilding the trust in assessments that is currently desperately lacking.” 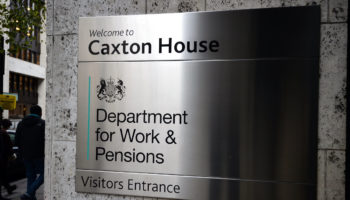