EquipmentSuppliers by Joe Peskett on February 23, 2018

As the market for hoisting equipment expands, so too do the choices available. While this is good news all round it can be difficult for specifiers and OTs to select the best solutions from the multitude of options. Speaking at a trade show recently, OpeMed’s managing director Nick Kent explained what health professionals should look out for when specifying equipment.

When it comes to specifying hoisting equipment, OTs will know that a lot of it comes down to common sense and most will already be familiar with the most suitable solutions for their patients. But with the market constantly changing it doesn’t hurt to be refreshed on what equipment is available and the benefits and pitfalls of various solutions.

Speaking at the OT Show not long back, Nick Kent, managing director of OpeMed, which is a specialist hoist supplier, outlined some of the key considerations mobility and health professionals in the field might come across with hoisting equipment.

“The obvious thing to consider with hoisting equipment is that you focus on the user. But the carer is also important,” Kent says. “The positioning of the equipment is key, for example do you need access to both sides of the bath, do you need an H system for the hoist or a single track? Also, consider the future possibilities — an example of that is the H system hoist doesn’t cost much more than putting a straight rail in and putting an H system in really future proofs if you’re going to move furniture around.”

Slings
The OpeMed boss also notes that slings have changed a great deal in the last 10 years. They used to be very uncomfortable pieces of polyester that were scratchy and would dig in, he says. But slings have now evolved with new technology.

“We are finding that people are transferring in a hoist much more as they are in a comfortable position. I know OTs in the UK are taught to transfer and not transport in a hoist, but in Europe they won’t think twice about moving someone from the bed into the bathroom and even in a nursing home sector you’ll see people being moved down the corridor. As slings have developed we’ve found that we will more and more be moving someone from the bed through into the bathroom.”

Ceiling hoists
When it comes to types of ceiling hoist, budgets are a large consideration for specifiers. While a portable ceiling hoist is a very cost-effective way of having two pieces of track in a house, specifiers are reminded that track is relatively inexpensive. A piece of track typically costs between £50 and £60. The expensive part of the solution tends to be the motor.

So what different types of ceiling hoist are available? “This may be obvious to some of you,” says Kent. “There is a permanent ceiling hoist which is one that is plugged in and doesn’t come off the ceiling. The advantage of that is the hoist is out of the way, the box stays on the ceiling and the spreader bar comes up and down. Hoists have dramatically decreased in size. Five years ago they used to be big pieces of equipment. They used to be very noisy and were chain-driven. They’re now about the size of an A4 piece of paper and they’re very quiet. 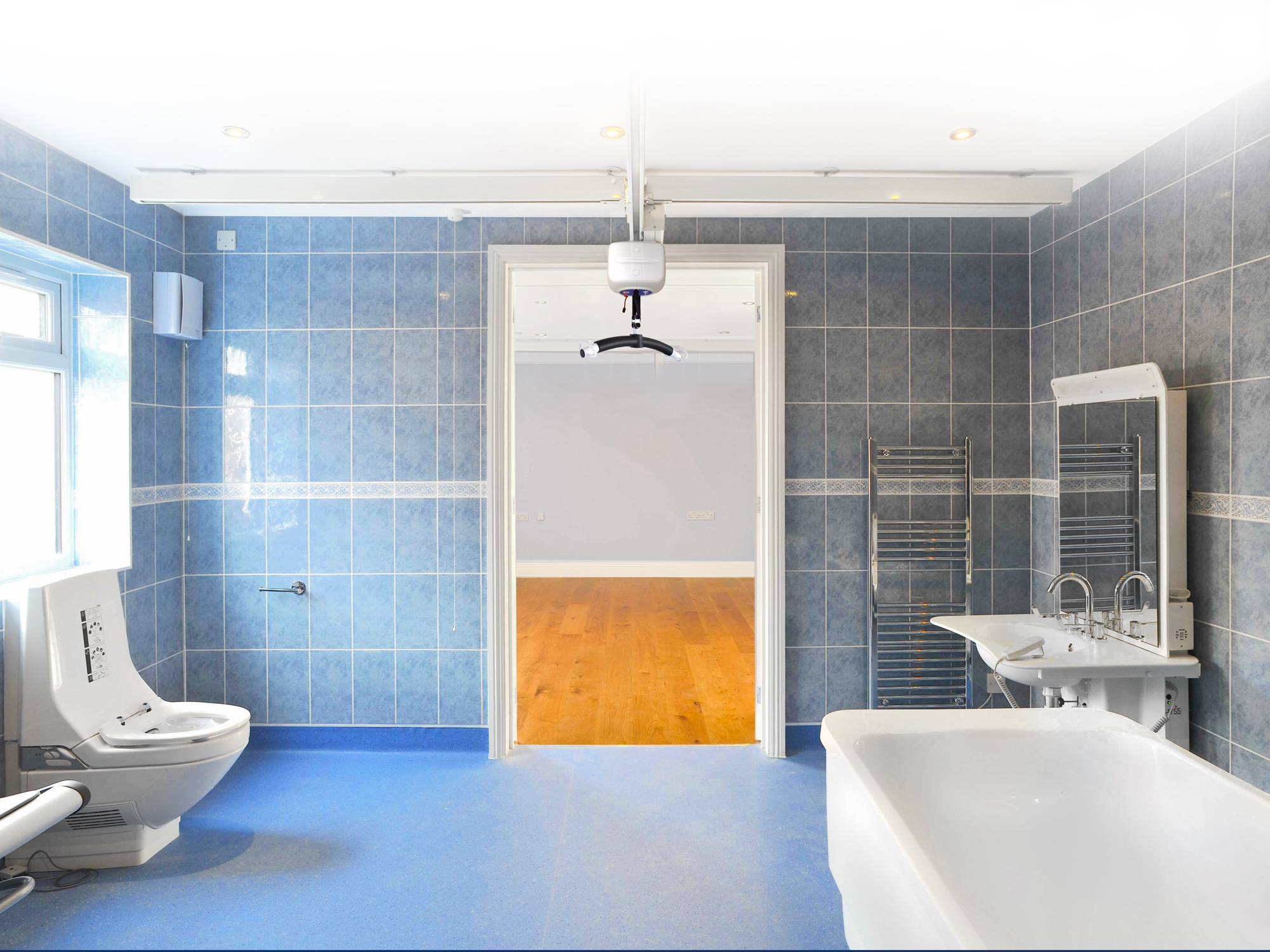 “You have something called a two-function hoist which means it just moves up and down and then you pull it along the rail. Or you have a four-function hoist which is powered up and down and then powered along as well. The beauty of a four-function hoist is that you can still pull it along the rail, it still adjusts, so if you’re picking someone up from the bed, just like you’re taught with a floor hoist not to put the brakes on, the hoist will adjust to find its natural centre of gravity. But the carer can drive the hoist through into the other room.”

Kent reminds OTs not to assume that driven hoists along the rail are much more expensive. Another cost-effective solution are portable ceiling hoists, which weigh less than 5kg. The downside of any portable ceiling hoist on the market, Kent says, is that it is the box that goes up and down, so the hoist is closer to the person. Nevertheless they have improved greatly, with larger spreader bars and a motor which has been brought further away from the user’s head. 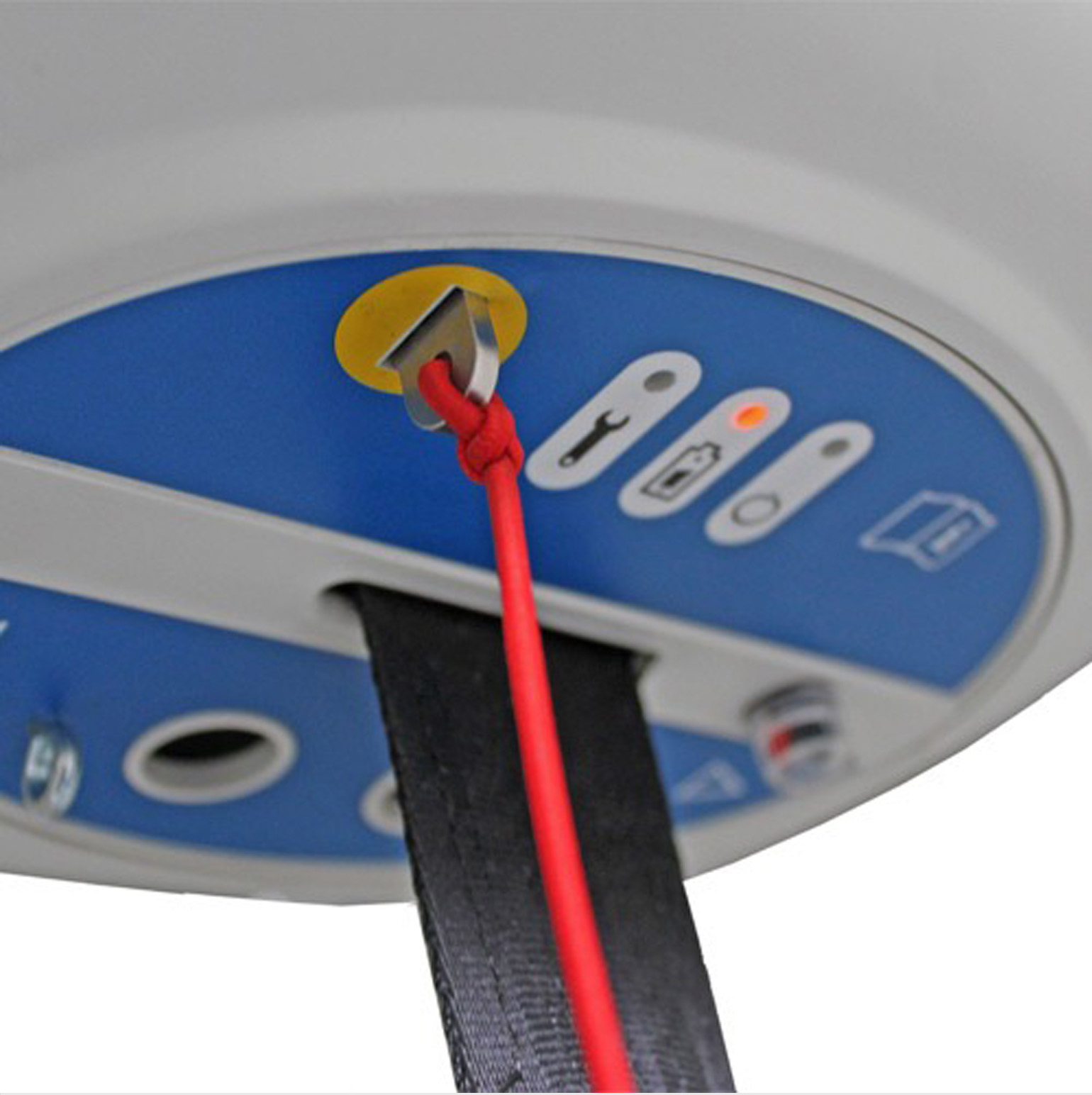 “The advantage of it is that you can have one motor shared between different rooms. A lot of hotels are now integrating track into accessible rooms so that portable hoists can be taken with you. And we’ve done something very clever with the sling attachment system. There have been a couple of cases in the US where the sling has come off the spreader bar by accident. So we’ve developed a system where there’s no way of the sling strap accidentally coming off, you have to actually force it to come out.

“We then have something called semi-permanent ceiling hoists. These are really designed for respite care and nursing homes. This means we can put a hoist into a room but when that patient moves out and the hoist needs relocating, the hoist can be easily unclipped and moved into another room. It fits half way between a permanent and a portable ceiling hoist.”

Spreader bars and cradles
There are also different types of spreader bar to consider. There’s what suppliers call two-point spreader bars, says Kent. Most of them have padding, they have different hook mechanisms and most manufacturers will offer different sizes, for example paediatric and bariatric options.

There are also cradles on the market. Their advantage is that they automatically adjust when somebody changes position. When a user is lying down and has a sling put on them they’re much longer than when they’re sitting up. So when someone is hoisted out of a bed they dramatically change shape and on a traditional cradle or spreader bar the sling can cause some shearing by running up the thigh or down the shoulder, explains Kent.

“These types of cradles that automatically adjust and develop shape are also ideal for wide people as they keep them in a good position. This can make it less likely that they will go into spasm. One of the big mistakes when putting bariatric spreader bars in is when people don’t specify the right bar. All the spreader bars are strong enough to lift someone of that capacity but it’s the physical size of a true bariatric patient that should dictate which spreader bar you choose.”

Hoist charging
There are different ways of charging a hoist. One of the more old-fashioned ways is to plug it into a wall charger — that’s convenient but the downside is that care staff can pull the hoist along forgetting it’s plugged in so the lead can be ripped out. The other downside of that is that you’ve got to charge the hoist at the end of the rail. Firms have developed permanently charging ones where they put a little strip along the rail so the hoist is constantly charging itself, Kent comments.

He adds that the downside of this is that in a humid or bathroom environment they require quite a lot of maintenance because the copper strip inside starts to fur up. A lot of suppliers have developed hybrid systems now. These will charge themselves when the hoist is in use. Users will get around 100 to 150 lifts before a hoist needs charging and multiple charging points can be placed on a track.

Track layout
What’s the best track layout? “It’s really about the transfer,” advises Kent. “The first question to ask is where do you want to transfer? If budgets allow then an H system is always the better way of doing it. An H system really future proofs a room, it allows furniture to move and it’s not much more expensive than just a straight rail. If we are just putting a straight rail across the bed then the critical dimension there is to have it a minimum of 1.2 metres away from the finished wall. If you have the track too far up towards the pillow you’re having to manually transfer someone down the bed. We would rather see a piece of track too far down the bed as the bed can always be pulled out 10cm away from the wall, what we can’t do is push the bed back into the wall. Make sure the installer knows that.” 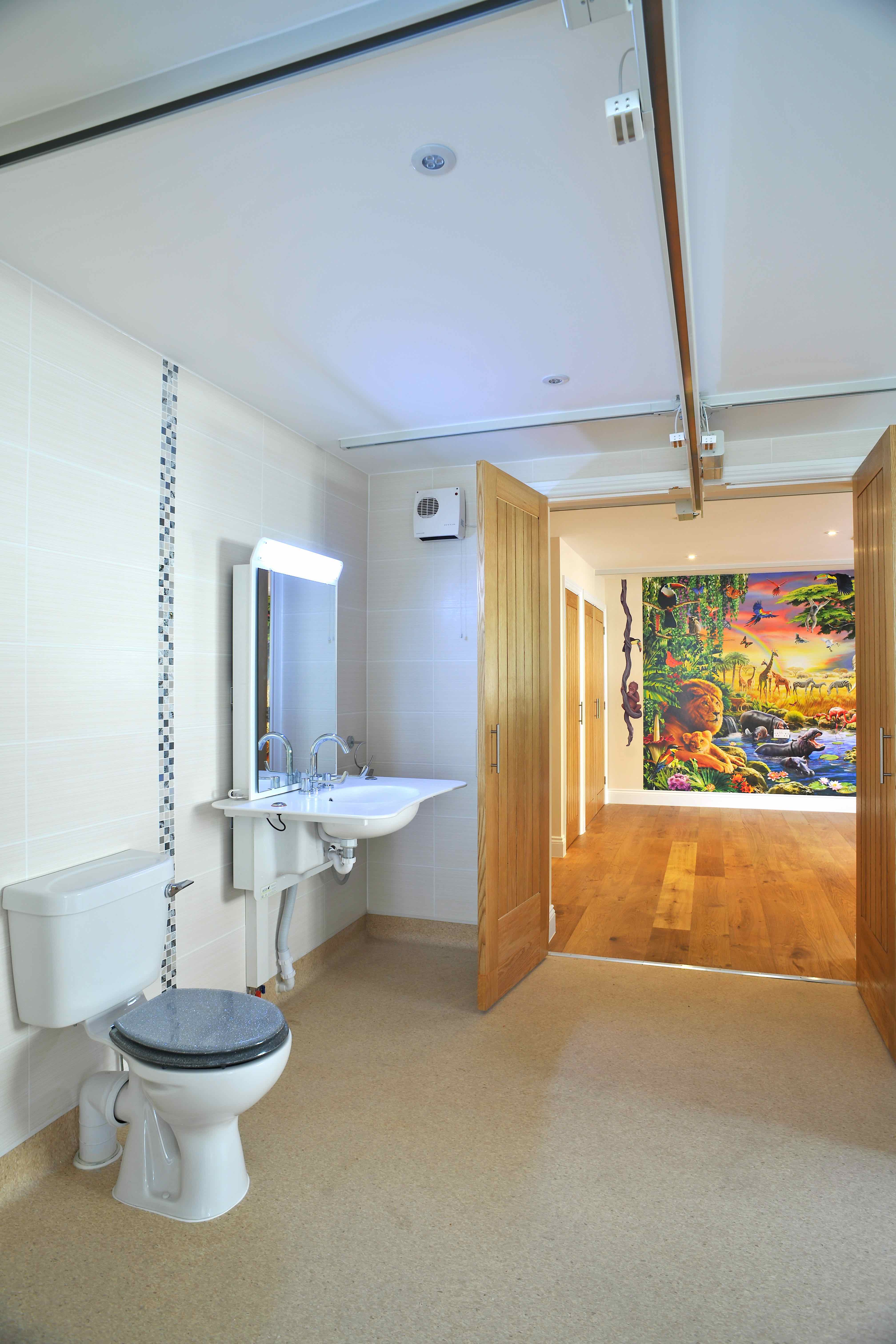 Kent continues: “In terms of working space, a lot of specifiers are working in tight environments in houses which are not designed for a healthcare environment, but if there is a choice we would say you need 1.4 metres either side of the bed to transfer somebody.”

Gantry systems
Gantry systems are becoming very popular, according to Kent, and several types are available. Some compress against the ceiling and the floor and some are free-standing. The base of these gantry systems is very low profile so you can drive a wheelchair over it. Gantry systems can be a very cost-effective way of getting a ceiling hoist very quickly, for example if a user has just been discharged from hospital, says Kent. Or it might be that the landlord doesn’t allow a piece of track to be bolted to the ceiling or the walls and a gantry requires no installation. Gantry systems can work with H systems and straight rail. 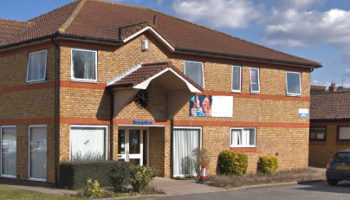 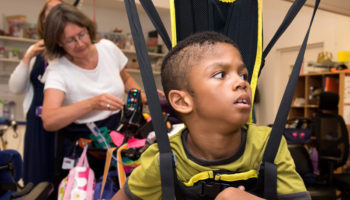 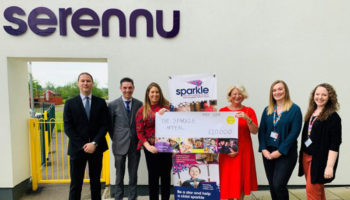 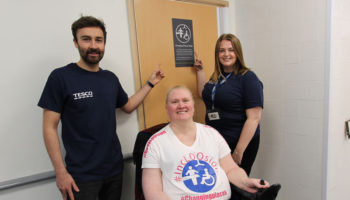