ComplianceDistributorsMobility by Joe Peskett on September 8, 2017

An inquest into the death of an elderly woman, who crashed on a mobility scooter in North Wales, has heard that a keyway, which keeps the wheel and shaft together, had not been attached, when she crashed after a wheel came loose.

A forensic examiner from North Wales Police told the inquest that the keyway had not been refitted when the wheel was last removed, a local newspaper reported.

According to the woman’s grandson, the scooter had been taken to a local dealer, Abergele Mobility, in July where he reportedly said a new tyre had been fitted and a new inner tube fitted to a different tyre. The tyre with the new inner tube was the one that came from the scooter.

Forensic examiner Peter Gwyn Jones said: “Over time, vibration and movement of the wheel back and forth would have caused the nut to come off,” The Daily Post reported. “If the keyway and locking washer had been reattached the nut would not come off and the wheel would not have come off.”

Coroner John Gittins asked whether the inner tube could have been replaced without removing the wheel, which Abergele Mobility reportedly claims it often does. Mr Gwyn Jones said that this was possible but that it was easier to remove the wheel.

Abergele Mobility’s manager, Anna Rose, told the inquest that the dealership did not have a record of any work being carried out on the scooter in question in July, but admitted that it was likely that work had been carried out then.

Ms Rose said that the dealer tries to avoid removing the wheel on most of the puncture repairs it carries out.

“Sometimes the wheels are taken off but because I don’t have the records I cannot say it was definitely taken off or wasn’t taken off,” the newspaper heard. “After a job is done the scooters are taken for a test drive and all nuts and bolts are checked to make sure they had not come loose.”

Concluding accidental death, Mr Gittins said that the event was an accidental death “but there are perhaps potentially a number of deliberate acts by way of chain of causation.”

“They start from when this was last repaired and while there is no firm evidence to definitively say the absence of the keyway happened at Abergele Mobility, the evidence points that it was so. A period of time has resulted in the loosening of the wheel nut,” Mr Gittins said.

He stressed that the hearing was not about blame or judgement, but about finding the facts about what happened.

According to Miss Rose, the dealer has one member of staff responsible for repair work who has been with the company for 25 years. She reiterated that the retailer has “never had this issue before, but since this has happened we have got job sheets for everything that happens.”

The children of the woman who died told the inquest that their mother loved to use mobility scooters, and would always have them on the fastest setting.

FEATURE: The end of UK airports stalling over access? 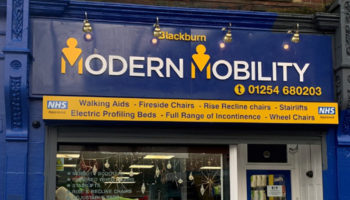 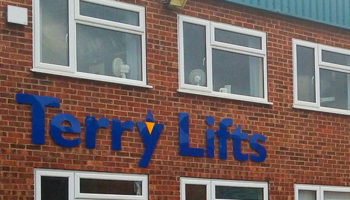