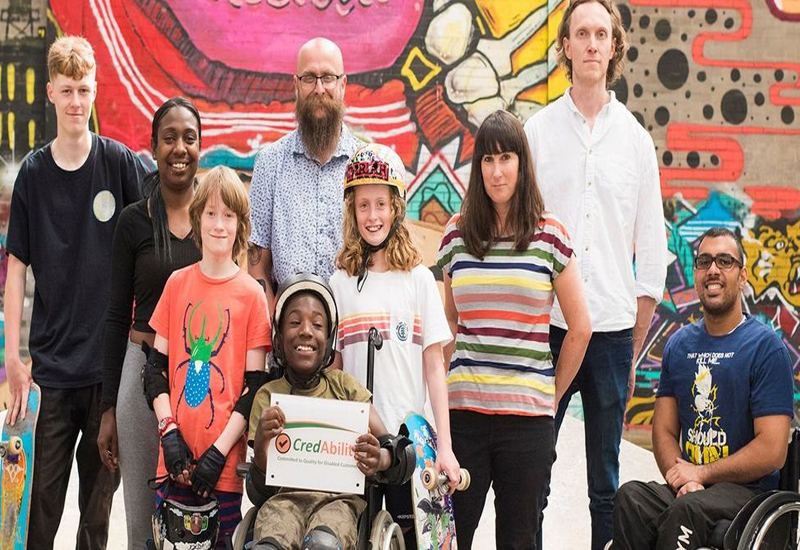 Managing director of Nimbus Disability and creator of the Access Card scheme has been named in the New Year’s Honours List.

Martin Austin created Nimbus, a Derby-based Social Enterprise in 2006 as a way to generate additional income for the sister Charity Disability Direct.

It provides tailored business-to-business advice on the requirements of the Equality Act.

He said: “A truly well-deserved award and an honour to him personally and the organisation as a whole.

“I’ve witnessed and encouraged the development and blossoming of the ‘Access Card’, I have and use one myself and benefit by not having the debate over why I need a P.A. with me when purchasing tickets.”

He added: “The card is a long-awaited innovation for disabled people and this award for Martin recognises this and his many years of hard work in bringing it to fruition.”

Over the years Nimbus has developed and delivered a range of consultancy services to businesses ranging from University’s, NHS Trusts, Premiership Football Clubs to Festivals, Arenas and Theatres.

Nimbus’ work culminated in the creation of the Access Card scheme which continues to grow at an exponential rate with support from organisations such as STAR and Attitude is Everything.

For the award, it detailed how Austin’s efforts are not limited to his paid role at Nimbus and the development of the Access Card.

He has also for more than 10 years volunteered his spare time to Disability Sport as Chair and player for local Wheelchair Basketball team Derby Wheelblazers, a role which includes everything from fundraising to making 20 rounds of sandwiches on match days.

Commenting on being recognised, he said: “I’m incredibly proud of the Honour but for me, it’s not really about recognition of work that has already been done, but hopefully a tool to take what we’ve done with the Access Card scheme to its fullest potential.”

Adding: “I have to thank Gavin, an Access Cardholder and volunteer at Disability Direct for the nomination and everyone that works so hard alongside me to keep the wheels turning. It’s also vital to acknowledge the work that’s gone before us. Before Nimbus or indeed Disability Direct (est. 1993) were even set up.”

He concluded: “I’ve been involved in this movement for nearly 20 years and recognise that it’s a long slow slog improving society for disabled people. It is only by working together and building on what has gone before that we will effect real change.”