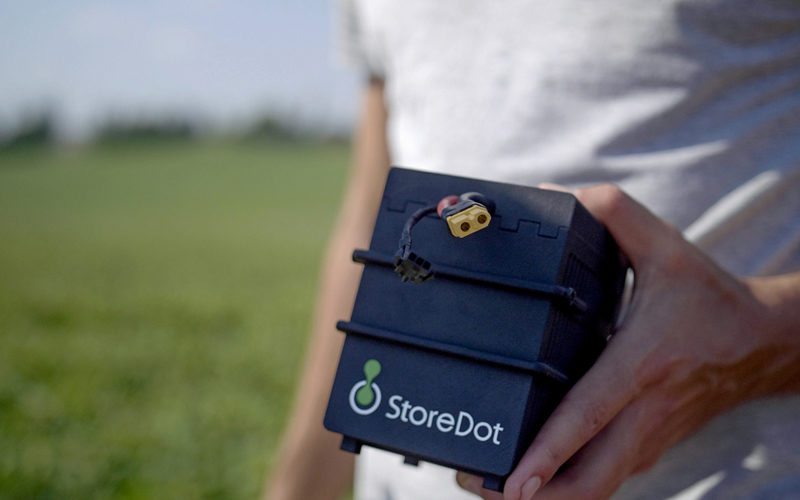 An Israeli company claims to have designed a new kind of ultra-fast charging battery that could have significant implications for the charging of everything from smartphones to electric vehicles.

StoreDot demonstrated its ultra-fast charge batteries earlier this week in a webinar and Q&A session.

The event centred around the use of StoreDot’s technology in drones, which it demonstrated it can fully recharge in five minutes.

However, StoreDot has previously demonstrated the use of its batteries with two-wheeled vehicles.

Mobility scooters, while boasting long battery lives that could see users through weeks of use, often need to charge overnight, some for as much as ten hours for a full charge. Their batteries also reduce in capacity after 10 or 20 charges.

If a user relies on their mobility vehicle to get to the shops to buy essentials, not being able to use it due to insufficient battery could leave them without food for a day. A five-minute full charge would resolve this problem.

Back in June 2019 StoreDot, in partnership with BP, proved that it could charge an electric scooter in five minutes, and says that its vision is to be able to charge any electric vehicle in this amount of time, regardless of size.

With current technology, electric cars usually have to be charged overnight, or for at least four hours, to get a full charge.

StoreDot CEO Doctor Doron Myersdorf commented: “There are many companies that say that they have fast charging,” said Myersdorf, “but usually [for drones] they mean half an hour.

Myersdorf also suggested that its batteries could enable smartphone users to charge their device in as little as 30 seconds.

See more below about some of the issues users find with traditional lithium batteries in mobility vehicles:

VIDEO: Motability outlines what social distancing to expect from dealerships