MobilityRegulation by Joe Peskett on September 20, 2018 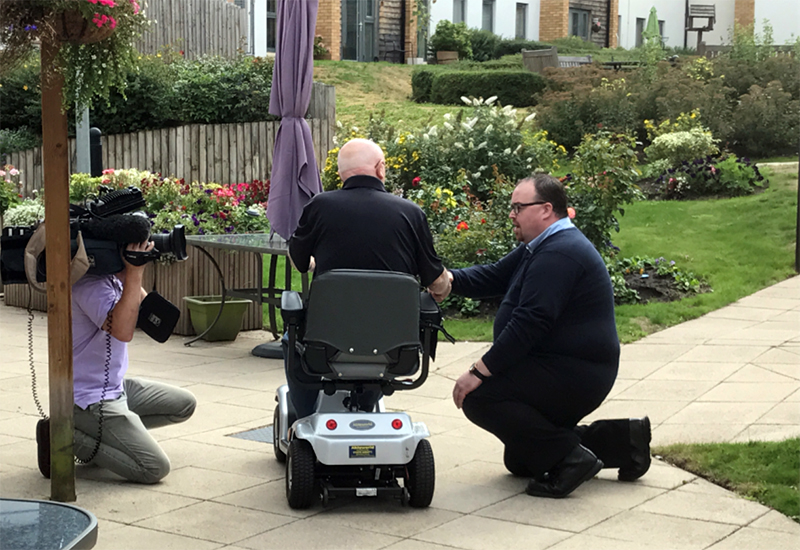 The industry debate on whether the Government should impose stricter mobility scooter regulations has gained significant momentum after ITV News ran a national segment featuring Ableworld.

The ITV News segment, which aired recently, saw Ableworld discuss mobility scooter safety and was run in response to a spate of fatalities involving scooters over the last few months.

Three scooter users have been killed in Derby recently including two over the summer, sparking calls from a coroner and relatives for new laws to be introduced to restrict who can be sold a scooter.

In response to the rising concerns and a lack of action by the Government, dealers across the UK have launched their own safety initiatives designed to protect customers and pedestrians.

Michelle Mossford, senior marketing manager at Ableworld, said in a short interview that the retailer cannot force customers to attend sessions but added: “We would however champion anything that would keep our customers safe as well as other road users and pedestrians.”

One scooter user told ITV News that scooters are a “dangerous piece of equipment in the wrong hands” and said that introducing a nationally accredited scheme would be a “move in the right direction”.

Darrel Parker, whose mother was killed on a mobility scooter in Derby over the summer, said that there needs to be some basic training and education for users, who he said rarely know the Highway Code.

It was noted however that the mobility industry has doubts over the practically of a national scheme, including who will pay for it.

As it stands, the Government is not planning any new rules in regards to mobility scooter regulation.

In addition to is proficiency sessions, Ableworld has also invested in giving customers a free Highway Code for mobility scooters. The guide also includes the DVLA registration process, advice on insurance and guidance on how to use a scooter safely.

Specialist providers ‘will trump the Amazons’ on equipment contracts

Just a fifth of small businesses are led by women