Mobility businesses battle it out in ‘industry’s fiercest retail arena’ 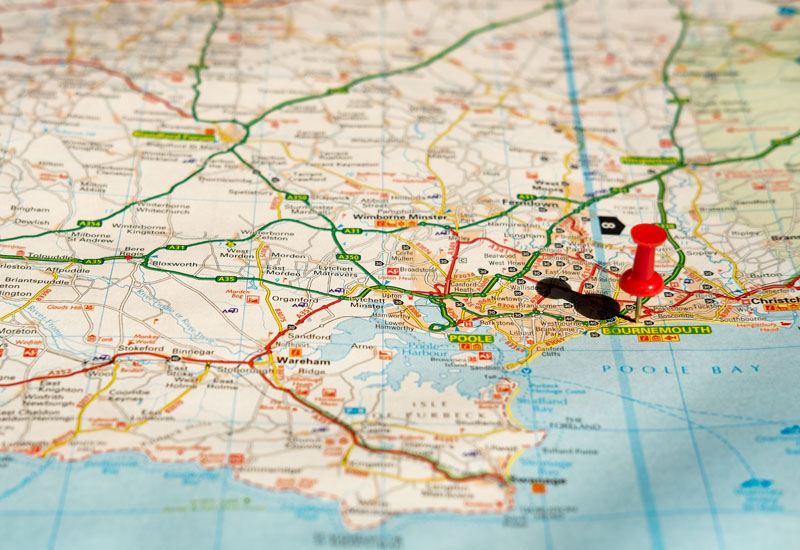 Any trade professional operating on the South Coast will know that it is one of the most fiercely competitive stages on the mobility circuit.

Home to some of the market’s largest and most successful players, the area is a hotbed for retailers, packed full of all the essential ingredients needed to sustain a mobility shop.

According to the Office for National Statistics (ONS), the highest proportions of people aged over 65 are generally found close to coastal locations with southern coastal areas having particularly high proportions of older people.

Where the South Coast differs from the North is that, generally speaking, residents in the South tend to have greater disposable income.

It is hardly surprising therefore that in recent years and even in the last few months, dealers have swarmed to the coast, much like Brits rushing to the seaside on a sunny day.

Sensing clear opportunities to serve an increasingly elderly population, new mobility businesses have sprung up along the coast in the last two years.

The area, which is a key battleground for industry giants like Clearwell Mobility and Eden Mobility, has attracted the likes of Ableworld and CareCo alongside droves of independent businesses.

Ableworld’s franchises do particularly well in the area with the most successful business in the group operating out of Southampton.

The fact the outfit has just had its best year to date despite CareCo and Adjustamatic opening their own retail sites in the proximity illustrates the size of the market available.

Another of Ableworld’s franchises capitalising on what the South Coast has to offer is the Bournemouth branch.

Managing director Chris Brown launched a new site in May, just six miles away in Christchurch, which is run by branch manager Eddie Raileanu.

For Brown, the South Coast is such a good place to open a mobility shop because of the fact that people choose to downsize and retire to the area after having spent holidays there.

And after downsizing people tend to have a higher disposable income to cater for their needs. The company now has over 7,300 square feet of prime mobility retail space – the largest in Dorset.

But success on the South Coast is far from guaranteed and despite what it may look like on the surface, the sun does not shine for businesses all year round. Some of the market’s largest retailers make their home in towns and cities across the coast, which makes it a tough area for some businesses to operate.

Consequently, to survive and thrive, companies like Ableworld Bournemouth and Christchurch have to be proactive and innovative. Sometimes, this can be as simple as putting in more hours than nearby retailers.

Brown explains: “Our primary store is open seven days a week and 363 days a year, as you can’t legislate when you are in need. I find it amazing that some competitors open short hours during the week and close early on Saturdays and we are the only store open on Sundays.”

Exemplifying just how ruthless the South Coast can be in mobility retail, Brown notes that three mobility retailers in his firm’s area have closed down in the time it has been open – two years.

One of the issues unique to the Dorset area, he has found, is that it is the only county in the UK without a motorway network. It can be logistically challenging to get around, especially during the summer and holiday periods.

To ensure the business remains at the top of the pile, Brown implements a multifaceted marketing strategy. Apart from the traditional newspaper advertising and an online presence, Ableworld Bournemouth and Christchurch use adverts in the local monthly guides.

It also uses sponsored roundabouts and its parent company’s magazine, which is distributed to GP surgeries, occupational therapists and healthcare professionals. This kind of strategy ensures the firm is reaching key professionals and not just end-users and their relatives.

The franchise is also the main sponsor of the annual Daily Echo Proud to Care Awards and main stand sponsor at Poole Town FC. Ableworld’s resources allow the company enviable brand visibility and exposure, despite the fact the franchise has only been trading for two years.

Brown concludes: “The customer is becoming savvier and does a lot of research online. That being said, bricks-and-mortar are still key to this industry, which is why as a company we are showing around 15% annual growth.

“The internet may take a bigger share of the smaller items in the coming five years but we believe that the larger ticket items, like scooters, chairs, wheelchairs and stairlifts, still need to be tried out in-store.”

Brown and his team will certainly not take success for granted and to sit on one’s laurels on the South Coast is business suicide. There are plenty of would-be dealers waiting in the wings, keen to get their hands on the perfect unit and a share of the market.

While there are lots of exciting new launches in the area, there is no shortage of casualties where dealers have been forced to close as they have struggled to turn a profit.

There is no doubt that the South Coast will continue to be a favoured location for many retailers in the coming years. But the ONS predicts that more elderly people will move further inland in years to come and as the industry is fully aware, high streets across the UK are facing up to immense challenges.

The South Coast remains far from a safe haven for distributors but for those who are up to the challenge and prepared to meet future obstacles head-on, the area presents one of the best markets for brave independents and ambitious chains alike.