LeadersMedicalPeople by Alex Douglas on October 2, 2019 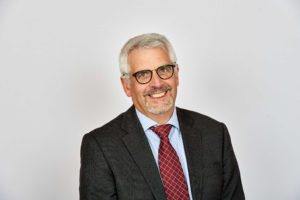 The NHS Leeds Clinical Commissioning Group has announced that its clinical chair will retire from his post in May 2020.

Dr Gordon Sinclair, who has been the CCG chair since the merger of the three former Leeds CCGs in April 2018, was previously clinical chair of NHS Leeds West CCG, a role he had held since April 2013.

Announcing his decision to staff, Sinclair said: “Planning to retire hasn’t been an easy decision to make because I thoroughly enjoy working with everyone. It has been a fascinating job which has been hugely enjoyable mainly due to the many great individuals I have had the privilege of working with. I know I will be leaving the organisation in very capable hands and at the centre of an increasingly successful Leeds system.”

He added: “I am proud of what we have achieved together and can officially say I leave an outstanding organisation which is reflected in our recent assessment by NHS England. I’d like to thank everyone for their support along the journey (which is not quite finished).”

The CCG confirmed it would begin the process to appoint a new clinical chair.