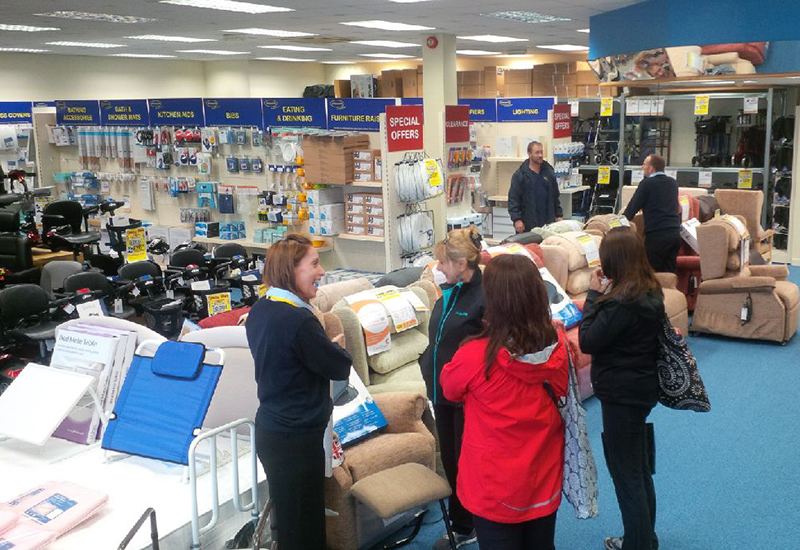 Ableworld has claimed its highest-ever turnover for the month of June and said that half of its franchise network have achieved their most successful month ever.

In a post on social media, the company said: “Don’t believe all you read about bricks-and-mortar retail being dead. Our stores have just posted record sales for June. The best ever – by far. 50% of the network had their best ever month.”

The dealer’s sales in both company-owned and franchise outlets have continually climbed recently alongside temperatures as retail sectors across the board have been performing more strongly in the drier weather.

The summer season in particular is a busy time for mobility retailers as demand rises as customers are keen to get out-and-about on equipment.

A study by CBI recently, which includes 45 retailers, claimed that 32% of firms expected sales to increase into July.

Anna Leach, CBI head of economic intelligence, said in the report: “Higher-than-average temperatures seem to have had a positive impact on shoppers, with retailers benefiting from above-average seasonal sales and improved order volumes growth.”

Franchise director Paul Boniface believes Ableworld is “bucking the trend” in terms of the growth its stores are seeing in the face of internet-based sellers.

He said that the recent sales figures prove the model’s success in what he said were “tough trading conditions”.

Ableworld now has 34 stores nationwide and roughly half of its sites are franchises.

Mobility trader braces for ‘biggest day in the calendar’