Distributors by Joe Peskett on November 5, 2018 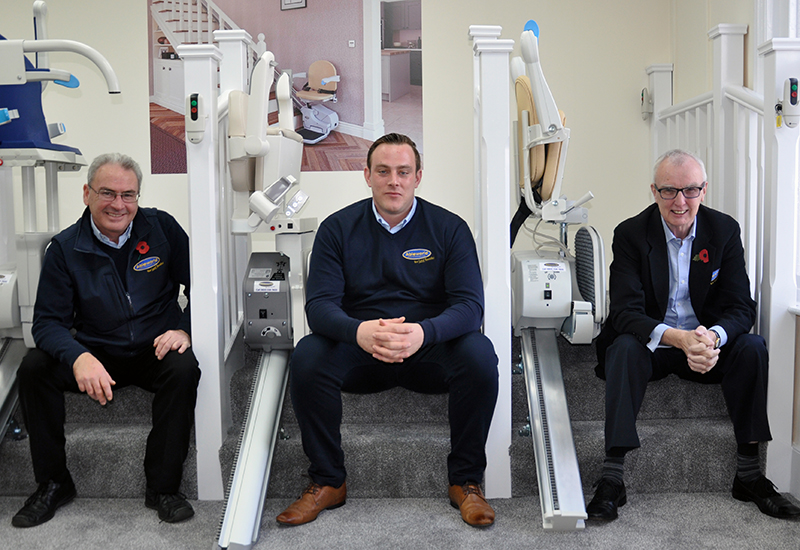 Ableworld’s most successful franchisee turns over £1m a year, excluding contracted work, but it is now hoping to break into the council provision market, which it hopes can help take the business to the next level.

Ableworld Southampton has launched a new initiative to target occupational therapists (OTs) and show them how the retailer can be a one-stop-shop for their clients.

The dealer has opened an in-house facility at its store which OTs can use for equipment training and it has also made itself the largest stairlfit showroom on the South Coast after installing a special area in the shop.

Steven Newman, who runs the franchise alongside his father, Jeff Newman, said that the firm is looking to work alongside OTs and has developed a pricing structure accordingly.

“Other companies are charging an awful lot of money for the same products. It’s also to make the council’s budget go further. We can deliver a better and quicker service at a much more reasonable cost.”

“We don’t charge different prices. For everything within the showroom and with our stairlifts, there’s a sheet with a charge.

Newman said that feedback from OTs has been positive, who have responded well to the stairlift showroom, which has 14 operational models and the store’s product portfolio.

“[OTs] think it’s invaluable to be able to come to one place and get everything they need for making a client’s life more comfortable. They’ve only got to deal with one company that doesn’t sub-contract anything out.”

Williams said that it is about trying to gain the trust of OTs.

“Most of our competition are only interested in the big ticket lines and they’ll sell on a lead to a supplier. The OTs and the surgeries can trust us and they know if they send a client here there’s a range of 1,200 products.

“We’re able to look after them from the smaller products but also now, even more importantly, a big range of stairlifts. It’s always been a big part of our business and it’s a huge part of what we do.”

Newman said that the business is trying to enter the market “for a very good reason”.

He said: “We’re from Southampton, we’re local, and it’s not fair at the moment. The money the council is getting charged by other companies at the moment is ridiculous.

“They’ve got very small budgets and with cut-backs it’s still scaled back. We can make that pot go a lot further and that’s good for the end-user.”