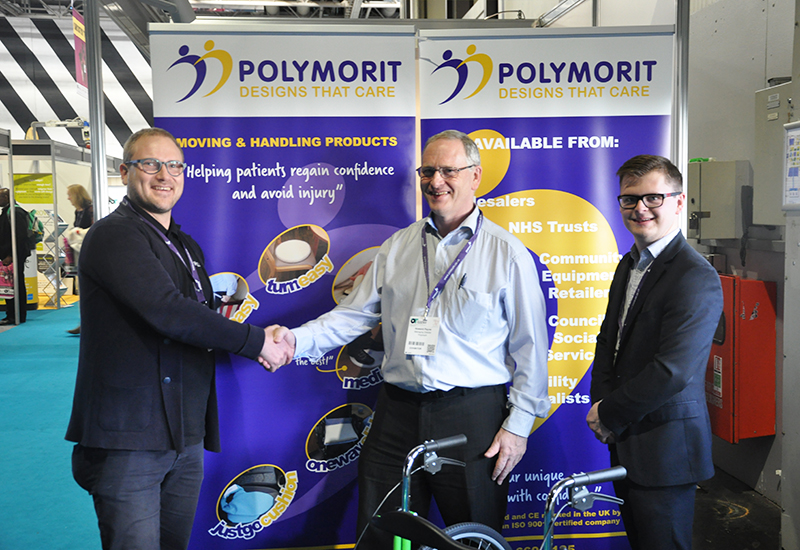 Mobility manufacturer Polymorit has outlined plans to reappear on the UK market as a major provider of mobility aids and is basing its growth strategy upon a unique set of products which other companies in the country do not offer.

When Howard Payne took over the company two-and-a-half-years ago the company had slowed down to a stationary business. But now, alongside his son, the businessman has ambitious plans and at the vanguard of his strategy is a new wheelchair-rollator solution, for which he has just secured UK distribution rights.

Armed with the Wheellator, Polymorit hopes this year will form the foundation of a new era for the company which will see it return to the mobility market as a key player.

Even though it is around 30 years old, up until a short while ago Polymorit was not a name bandied around the industry on the same level as some other mobility wholesalers and distributors. But from now on you could be hearing it mentioned more and more. That’s if managing director Howard Payne’s growth strategy goes to plan.

Fundamental to his intentions is being a business which sells products no one else in the UK market can offer. This means striking deals with foreign manufactuters for exclusivity on their products and at the tail end of last year Payne did just that.

Tukimet Oy, the Finnish manufacturer of the Wheellator — a wheelchair-rollator hybrid — launched its quest for a UK distribution partner at Trade Days in October and shortly after reached a deal with Polymorit. The Wheellator has already enjoyed notable success in other markets in the last two years and has been responsible for driving 25% year-on-year growth in its parent company. Now, Polymorit is hoping to replicate that success in the UK market and is on the hunt for local authorities and resellers.

Confident of its reception in the UK, Tukimet’s Mirko Borm, who is in charge of Wheellator exports, says he is expecting “an explosion of sales” by the end of this year. And if this comes to be, Polymorit can expect to grow considerably on the back of a product which has already proven instrumental in its creator’s expansion. Payne is clear about his appetite to bring Polymorit back to the fore. “Going forward we expect to see huge growth actually. We bought the business and it ticked over for a couple of years but now we’ve got to go for growth…from something very small to something reasonably sized.

“The Wheellator is a very important part of our strategy going forward this year. We’re really looking to hit the sport and therapy markets and the equipment providers. As the importer we’re not going to be selling much to end-users, that’s not really our model, we need to empower resellers. We’re looking for people who are prepared to commit some time and effort.”

“We need to empower resellers. We’re looking for people who are prepared to commit some time and effort”

Polymorit is primarily targeting the areas where the Wheellator will be specified by local authorities, so OTs are high on its list. But Payne adds that further down the line it is likely that retailers will get on board when they know there is a demand among end-users. And if other global markets are anything to go by, there could be great potential for demand in the UK. Part of that is down to the Wheellator’s approach to mobility, reveals Warren Payne, who recently joined the company full-time alongside his father.

“We want to concentrate on the ability people have left and on improving that, and that’s what the Wheellator does. It encourages people to walk more over longer distances, rather than an electric scooter or wheelchair which can, in some cases, make the disability increase. In sports therapy for example, where people have had an accident and have lost some of their ability to walk, they need to get that back, and unless you give them a way of doing that then their mobility could actually decline.”

Offering a unique product range is pivotal to Polymorit’s plans to gain a strong foothold in the sector. Its portfolio is made up of the StandEasy, MediDisk, TurnEasy, BedBlocks, OneWaySlide Cushion and the JustGo Cushion. As a specialist in pressure care Polymorit also offers the UTS Mattress, which harnesses the latest technology and electronics and covers four grades of pressure care.

The firm is also distributing the Airospring PRO range of pressure relief optimised cushions. It will be targeting key dealers with its unique products which it hopes will reduce the burden on the NHS. But for all its advanced products, the Wheellator will take a starring role in Polymorit’s distribution strategy. Howard Payne reiterates why Tukimet’s equipment is so important. He explains that when looking for a specialist product to import in the UK market at the Trade Days show he needed exclusivity, a unique product and a premium product.

“We’re not going to be a ‘me too’ supplier or do what someone else is doing — we’ve got to be unique. I went out specifically to look for someone like that and Tukimet was out there looking for someone like us.”

Such is the confidence in the product that Polymorit made a substantial order for the Wheellator, meaning the products have to be shipped in three stages. But Payne knows that it won’t be a case of just opening up shop and waiting for the resellers to flock. He feels that, generally speaking, a lot of mobility retailers are not as proactive as other sectors.

“They tend to be more reactive,” he says.“Often, they’ve got a shop and they expect people to walk in. If end-users don’t know to ask for the Wheellator then the retailers are not really going to push it. The awareness campaign will be a challenge and we’re going to have to sow the seeds.”

Payne understands that breaking any product into the market and getting it to be accepted by OTs and dealers is difficult. Success is not guaranteed in spite of the Wheellator’s European exploits. But his strategy for supplying unique products has already seen the company begin to grow and this year it will hope to pick up speed with the aim of thrusting Polymorit back onto the UK mobility scene.

EXCLUSIVE: ‘Lift sector is letting itself down’, says consultant trying to drive change 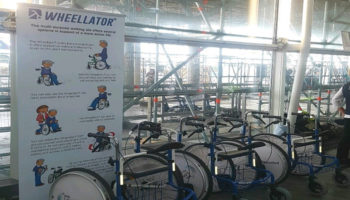 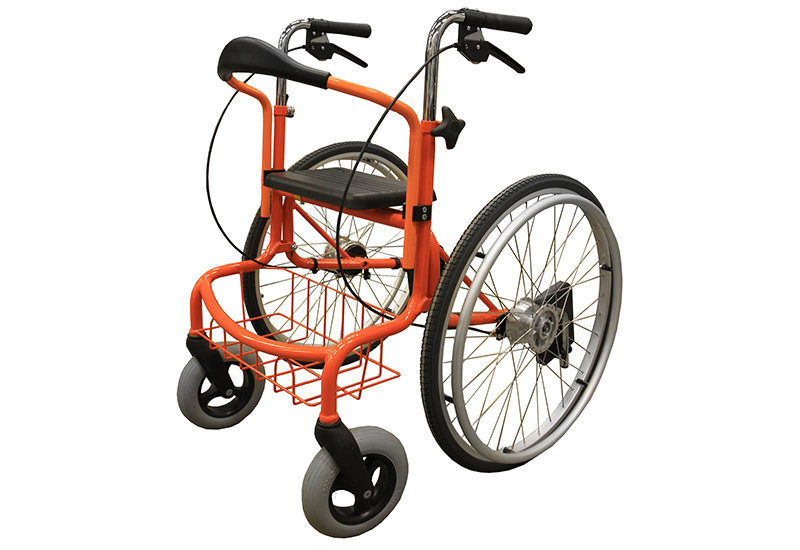 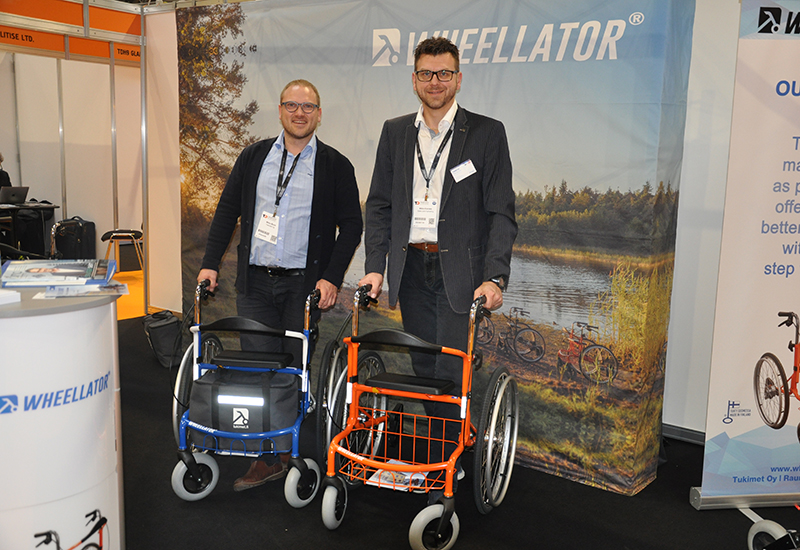