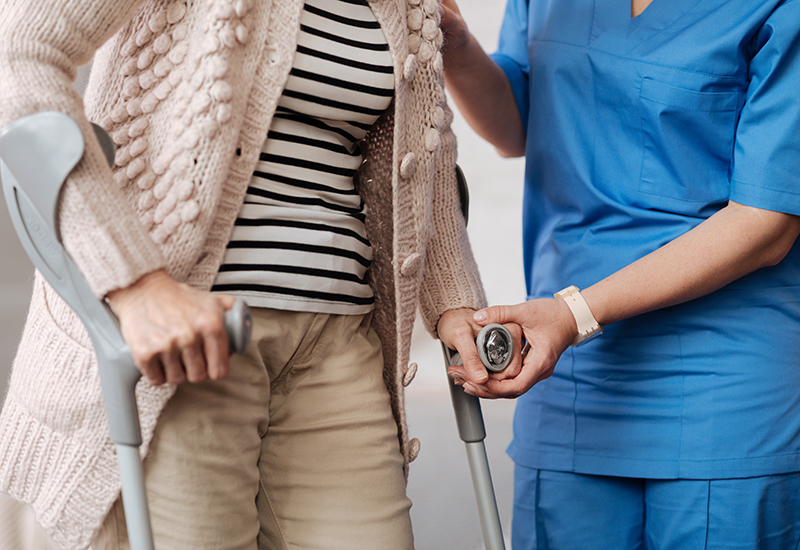 NHS trusts across England are having to spend millions of pounds each year on buying new walking aids and wheelchairs because nearly 80% of them are not returned by patients, new figures have revealed.

According to data obtained in a freedom of information request by the PA, around 3,000 walking aids were returned to trusts in such bad condition that they had to be scrapped altogether, costing them millions of pounds.

But it is thought that the actual cost of unreturned equipment is much higher than the newly obtained figures indicate as nearly half of NHS trusts failed to provide data and many provided incomplete numbers.

Rachel Power, chief executive of the Patients Association charity, has called for new initiatives to be launched to ensure loaned equipment is returned when it is no longer needed.

She said: “Patients are often bewildered that the NHS does not ask for equipment back when they have finished using it, and sometimes even find that the NHS can make it bafflingly hard when they try to return it.

“This can raise questions in people’s minds about the efficiency of the NHS, and even undermine confidence in it – all completely needlessly.

“We’d like to see an NHS where patients are able to return equipment that is no longer needed, and where equipment will be sensibly recycled and reused when it can be.

“Schemes should be developed locally with the direct involvement of patients, both to ensure they work for patients who want to return equipment, and to avoid insensitivity, for instance when a person who was using equipment has died.”

The investigation revealed that while some hospitals asked patients to return their mobility equipment, others did nothing to track down aids. Other hospitals said that the cost of cleaning and maintaining certain pieces of equipment meant there was no value in reusing them.

One provider, Bedford Hospital, spent just under £25,000 on crutches in 12 months but does not record which equipment is returned, according to the investigation. Meanwhile, Maidstone and Tunbridge Wells Hospital told the PA is advised patients that its crutches were single-use.

Some hospitals, including London’s Royal Marsden Hospital, said that it was more expensive to retrieve equipment that to purchase new items.

Southend Hospital maintained that it has a “robust in-house cleaning and maintenance process”. It said that patients generally “look after the equipment and do not abuse it”.

The hospital said that around 60% of walking aids are returned – a rate which has remained stable for the last three years, despite attempts to encourage greater reuse.

A Department of Health spokesman said: “Far too often, medical equipment like wheelchairs and walking sticks are being used once before ending up on a landfill.

“As we announced [last year], we want to put a stop to this unacceptably wasteful practice.

“People rightly expect the NHS to make sensible use of their money and also become more environmentally friendly.

“It’s great to see trusts across the country recycle equipment where it is safe and appropriate to do so.

“Ahead of the long-term plan for the NHS, we urge more trusts to drive savings in this way to reinvest in frontline services.”

Some NHS trusts run amnesties to encourage patients to return their unused mobility equipment and a number of schemes have enjoyed significant success.

In October, the NHS declared a nationwide amnesty amid concerns of ‘wasted resources’.

The initiative is aimed at saving the NHS thousands of pounds. According to the Department of Health and Social Care, 21% of crutches and 61% of walking frames were returned last year at one NHS trust in Essex, saving £25,000.