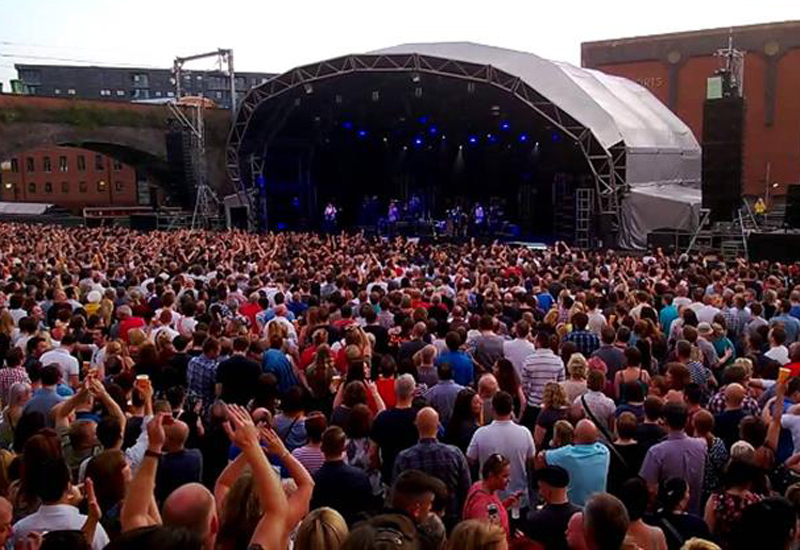 A disabled concert goer who was told she may have to stand has been promised a seat after The Manchester International Festival (MIF) changed its policy.

Virginie Assal was informed last week that the seated ticket she had bought for a concert at Manchester’s Castlefield’s Bowl had now become a ‘first come, first served’ ticket.

The festival’s website had said that only wheelchair users could reserve spaces, and so Assal, who has scoliosis and is mobility-impaired but does not use a wheelchair, was unable to do so.

And, according to the BBC, when she tried to contact the venue they responded: “We will have an accessible seating area available for the performance. As we have limited capacity, we’d advise turning up early as the seating area will be first come first served.”

Assal discovered that there were only 12 resrevable places for wheelchair users, and a further 40 unreservable access seats.

But MIF has now offered an apology and has emailed Assal to assure her she will be guaranteed a seat.

In a statement it said: “We work hard to ensure our events are as accessible as possible. MIF does not manage this particular space and although it is a standing event, we have worked closely with the external team to ensure there are accessible positions.”

It asked that everyone booking tickets for an MIF event “make us aware of their access requirements when they book”. It says it has increased the capacity of Castlefield Bowl to meet demand.”