MobilityVehicles by Joe Peskett on May 9, 2017 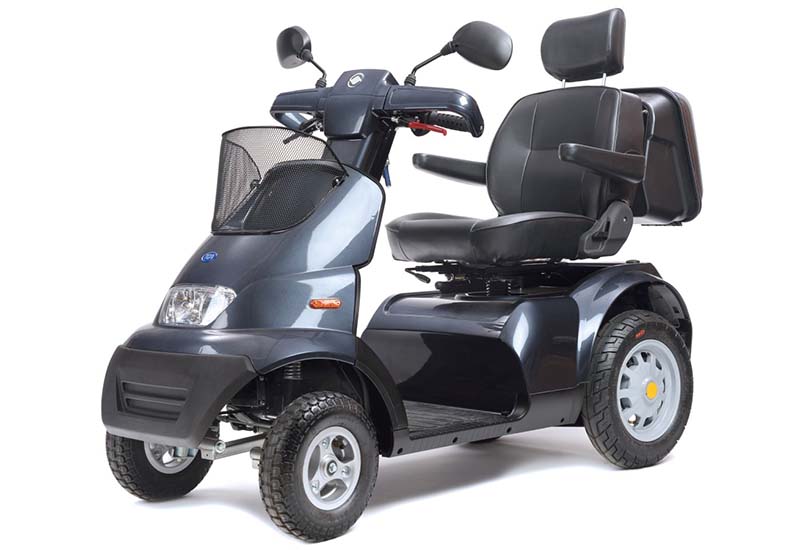 Scott Farrimond, director of L.L.G Wheelchairs described how the hard-top canopy variant of the class 3 scooter makes up around 90% of our Motability business in its Blackpool store.

Speaking to AMP, TGA sales manager, Martyn Simpson, backed up Farrimond, stating that the Breeze S4 is “the biggest selling product on the Motability Scheme”.

L.L.G Wheelchairs was exhibiting alongside supplier partner TGA at Motability’s Big Event last week where it was pushing new lines including TGA’s Minimo.

The dealership operates two stores currently – one in Bolton and The Mobility Centre in Blackpool which opened more recently.

Farrimond noted how the Minimo gained most attention at the show. He said: “The TGA Minimo has been getting more attention than anything else here. There’re a lot of people already riding around the show on it today. It’s getting more interest than even our larger class 3 scooters.”

Simpson from TGA added: “Since it’s been on the Motability Scheme the Minimo has been really, really popular. It’s quite a new concept. Traditional boot scooters have been around for years. You take them apart, throw them in the boot and put them back together again, whereas this is more convenient.”