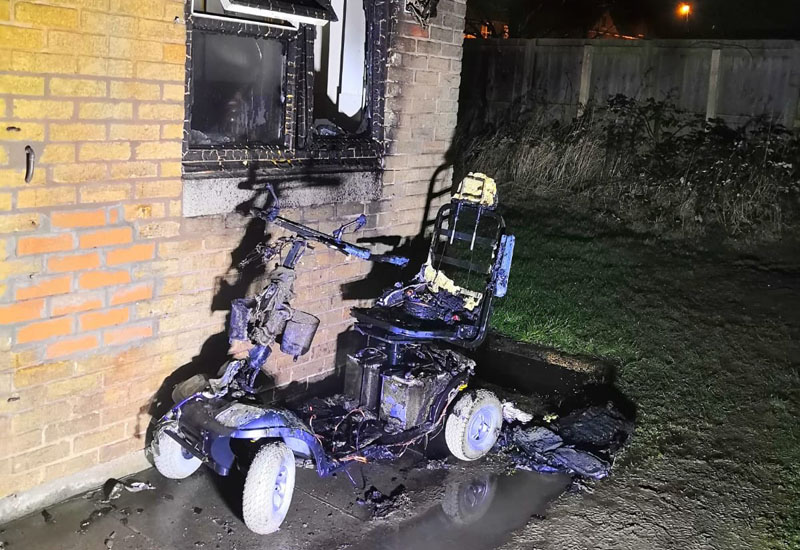 A mobility scooter that was left to charge outside caught fire causing damage to a property.

The incident occurred in Staveley, Derbyshire, and saw firefighters called out to Pullman Close.

Derbyshire Fire and Rescue extinguished the mobility scooter fire, which had spread to the window of a property.

In an unrelated incident in August, a man in Skegness was pulled to safety after an “unknown electrical fault” caused a mobility scooter to set on fire.

Sister and brother Daniel and Megan Cooling pulled the scooter user, who had one leg, to safety on Saturday when they saw smoke coming from the machine minutes before it “burst into flames”.

Mr Cooling told the BBC that the siblings saw flames coming from the scooter’s motor and battery and the man trying to get off.