Beactive shop’s poppy display to be dismantled and sold off

Fundraising by Joe Peskett on November 14, 2018 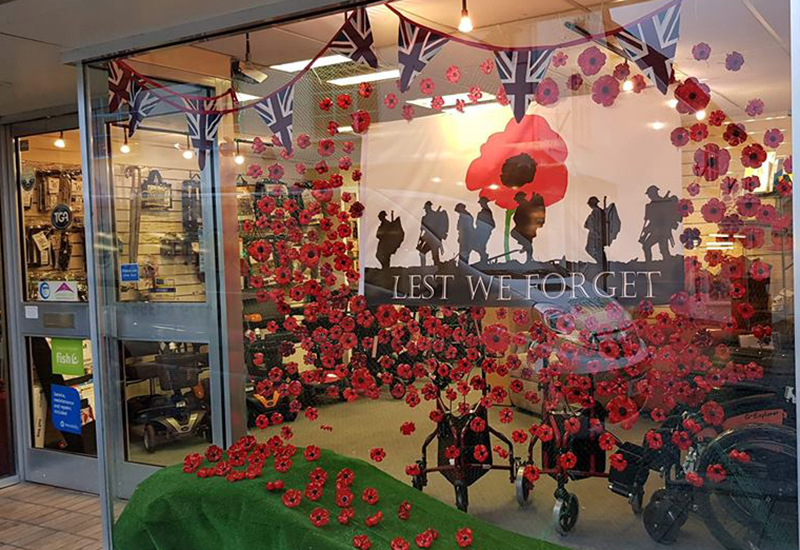 The store manager behind Beactive Mobility’s hand-made poppy display has confirmed she will be selling the individual poppies to raise money for charity.

Rhona Knapp, who works at Beactive’s Diss store, was initially going to keep the display for next year but she has now decided to dismantle it and sell the individual pieces for a minimum donation of £1 each.

The window display was inspired by the centenary of the end of the First World War and features more than 400 poppies, each created by Ms Knapp.

Ms Knapp made the poppies from the bottoms of plastic bottles, which she melted with candles and spray painted red.

She continually made the poppies up until Remembrance Sunday when she found time at home and during spare moments in the back office of the store.

Ms Knapp told a local newspaper that she was surprised by the extent of the public reaction to her work and the display.

She told the Diss Mercury: “I’m absolutely amazed by the response I’ve had from it, just that people have commented so much, it’s quite amazing.

“I think it’s a shame that we haven’t come together as a community and done something for Diss this year.

“We’ve always sold poppies here but because it’s 100 years it shouldn’t be forgotten.” Beactive celebrated its 10th anniversary trading in August with 10% discount for customers. 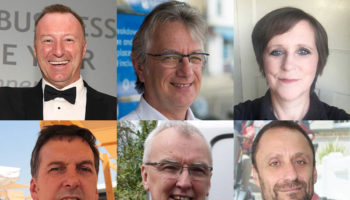 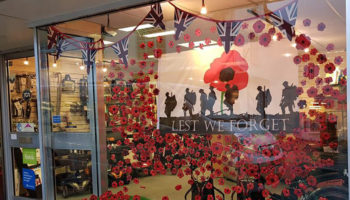 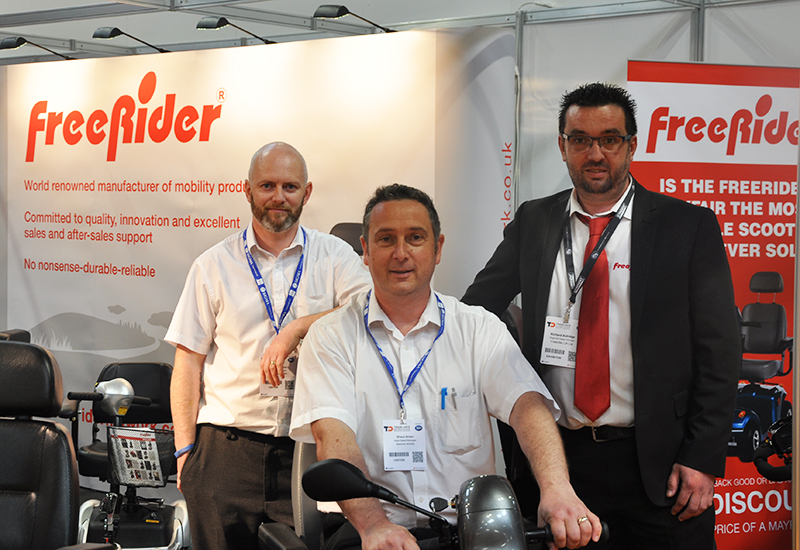 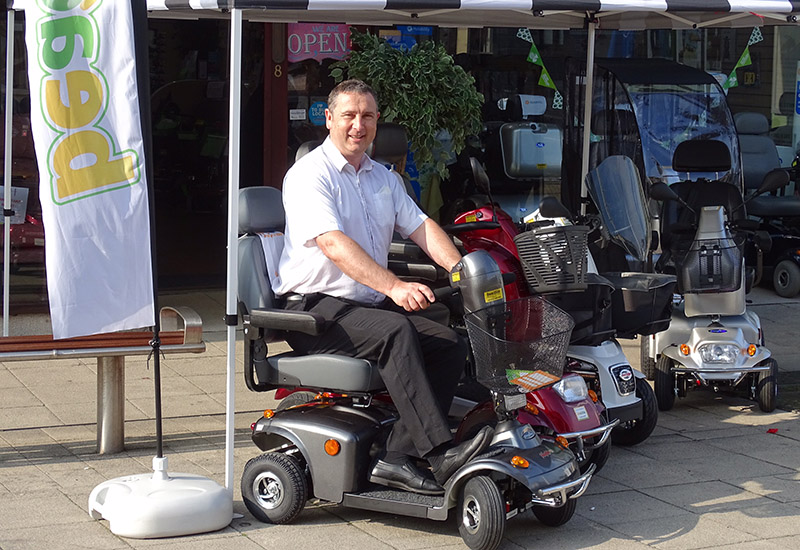