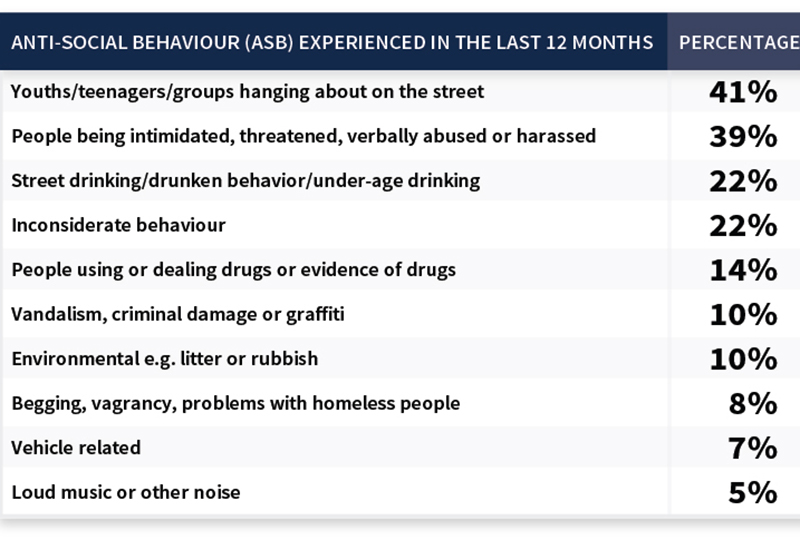 Shop workers and employees across the UK are increasingly being impacted by anti-social behaviour according to a report, which found abuse and assault of retail staff grew by 25% in 2017.

Threats toward retail staff also increased by nearly 40% in the same year according to a recent report from the Home Office, which showed businesses are being impacted financially and in terms of custom.

It is estimated that 14% of wholesale and retail businesses experienced anti-social behaviour in the last 12 months, with an estimated 250 retail staff violently assaulted every day.

Victims were asked how the experience of anti-social behaviour had impacted on their business and premises and more than 62% admitted that it had had a negative effect.

Online marketplace OnBuy.com, which analysed the report, found that the anti-social behaviour affecting the retail sector most in the last 12 months was ‘youths handing about on the street’ – at 41%.

This was followed by ‘people feeling intimidated, being threatened or verbally abused, – at 40%.

‘Street drinking’ and ‘inconsiderate behaviour’ is also an issue, with a shared percentage of 22%.

Have you noticed an impact on your retail business or staff from anti-social behaviour in the last 12 months?