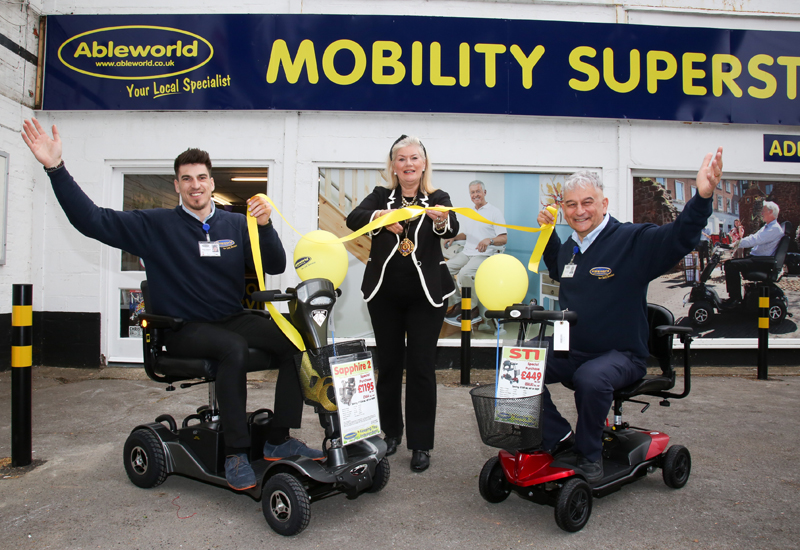 National mobility retailer Ableworld has strengthened its position on the South Coast with a new franchise store, marking its third in the lucrative region.

The high street outlet in Christchurch will be the second launched by Ableworld’s Bournemouth store owners Chris Brown and Eddie Raileanu.

Ableworld now has stores in Christchurch, Bournemouth and Southampton, which is the group’s top performing franchise.

Brown and Raileanu plan to apply the same model which has worked successfully six miles away at their Bournemouth store, which places a focus on competitive prices and quality products.

Both owners have undertaken Ableworld’s training programme so that they can assess customers correctly and prescribe equipment effectively.

Ableworld Christchurch is located at 54 Bridge Street and has accessible parking for customers.

Ableworld Bournemouth opened two years ago and franchises now make up around half of the retailer’s network.

The business plans to open another company-owned store in the summer when it launches an outlet in Stafford.

The new store will be nearly 5,000 square foot and able to stock an extensive range of products.

Last month the retailer relocated its Gloucester branch to larger and more accessible premises in the retailer’s latest move to improve and expand its portfolio of mobility stores.

The relocation of the Gloucester store is part of Ableworld’s ongoing future growth and improvement plans. Ableworld’s Congleton store relocated to a nearby premises more than double the size of its former site in March.