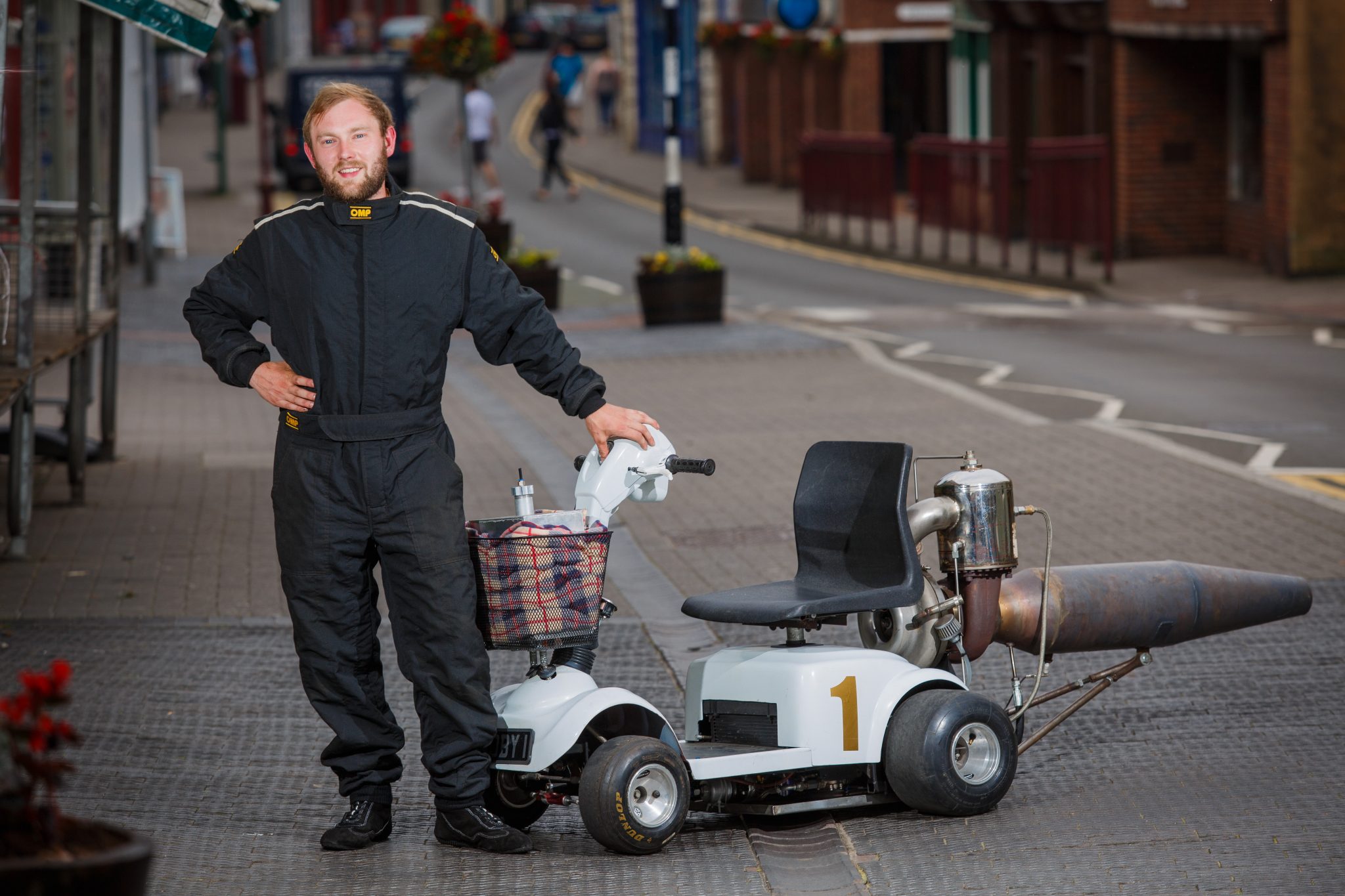 An engineer who has designed a jet-powered mobility scooter which he claims has a top speed of 126mph has chosen a Careco scooter to adapt.

Mechanical engineer, Tom Bagnall, adapted the Careco class 3 scooter at a cost of £3,500 and fitted it with a home-built jet engine featuring an afterburner and a turbocharger. The scooter is capable of generating 150lbs of thrust, equivalent to 150bhp.

Bagnall hopes to make it into the Guinness World Book of Records but first needs a mile long track before testing it to its full potential.

Speaking to SWNS, he said: “It was quite tricky to make. There are a lot of components involved and it was quite hard to cram them all in.

“If you just look at it, you would think not a great deal of work had gone into the design but when you take the body off you realise the complexity of the project.

“We had a few issues with the oil pressure and getting the right amount of voltage – it was abit of a nightmare really but we got there in the end. There are two fuel pumps, one oil pump and two igniter boxes.”

Bagnall will be appearing in BBC documentary Invented In the North, which is due to air on Friday at 7.30pm on BBC1.

Disabled people could be forced from homes and into care, group warns